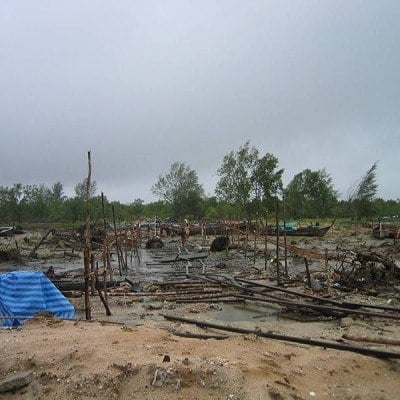 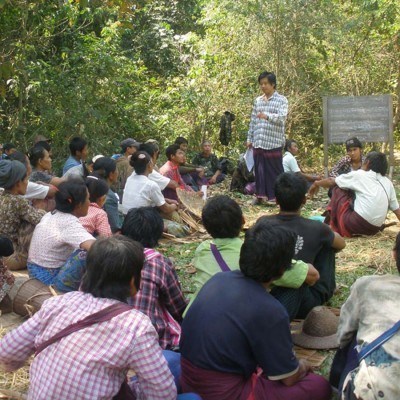 Although the majority of Burma’s people live off the land, few Burmese laws give them any control over it. In most cases, the government owns the land, and it’s not difficult for government officials and agencies to take it back—or let a major corporation step in to develop it for their own profit. It’s particularly …Read More

To the Burmese government, the Rohingya Muslims do not exist. This group of approximately 1.2 million people living in western Burma has been referred to by the United Nations as “one of the most persecuted minorities in the world.” The Rohingya consider themselves a distinct ethnic minority, but the Burmese government disputes this claim. In addition to refusing to recognize the group’s identity, the government has also inflicted widespread human rights violations against the Rohingya, including restricting marriage and child-bearing, depriving them of freedom of movement, and forcing them to live in deplorable conditions in internally displaced persons camps. The human rights organization, Fortify Rights, argues that the government intends “to make life so intolerable that they [the Rohingya] will leave the country.”

This week’s Dvar Tzedek was originally published in 2009. Experiences and behaviors that we define as “spiritual” tend to be of a specifically inward nature. We generally associate spirituality—admittedly, an opaque term—more with thought, soul and self than with action, materiality and society. In other words, we are more likely to identify a reclusive monk …Read More

Several weeks ago, at a gathering of alumni of AJWS’s service trips for Jewish leaders—the Rabbinical Students’ Delegation and Young Rabbis’ Delegation—I encountered three women whose overlapping narratives exemplified how we are all implicated in the struggle for human rights, and whose courage can inspire us to support this effort. I encountered the first two …Read More

We are pleased to welcome guest writer, Sarah Mulhern, program associate at American Jewish World Service. Parashat Nitzavim describes a ceremony through which the people of Israel will “enter into the covenant of Adonai [their] God.”[1] It is a powerful ritual, with its recited litany of curses for when the Israelites abandon God and blessings …Read More

…Arami oved avi—my father was a fugitive Aramean. He went down to Egypt in meager numbers, but there he became a great and populous nation. The Egyptians dealt harshly with us, oppressed us, imposed heavy labor upon us… Adonai freed us from Egypt by a mighty hand, by an outstretched arm and awesome power, and …Read More