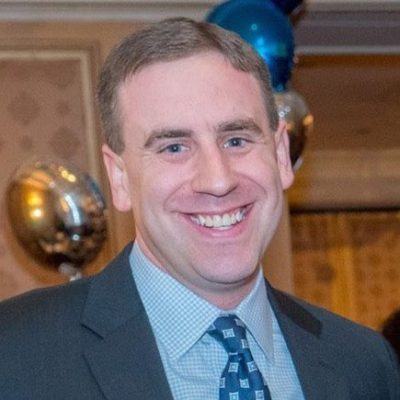 To the Burmese government, the Rohingya Muslims do not exist. This group of approximately 1.2 million people living in western Burma has been referred to by the United Nations as “one of the most persecuted minorities in the world.”[1] The Rohingya consider themselves a distinct ethnic minority, but the Burmese government disputes this claim.[2] In addition to refusing to recognize the group’s identity, the government has also inflicted widespread human rights violations against the Rohingya, including restricting marriage and child-bearing, depriving them of freedom of movement, and forcing them to live in deplorable conditions in internally displaced persons camps. The human rights organization, Fortify Rights, argues that the government intends “to make life so intolerable that they [the Rohingya] will leave the country.”[3]

This past month, when the Burmese government conducted the first national census in thirty years, census takers were forbidden from allowing people to identify themselves as Rohingya.[4] Given the systematic oppression of this group, exclusion from the census seems far from the most pressing issue; however, a census is not a mere counting of heads. The United Nations Population Fund (UNFPA) argues that an accurate census helps countries monitor progress in achieving the UN’s Millennium Development Goals to eradicate poverty. The census also gives local communities access to data as a means of advocating on their own behalf, and helps individuals hold civil authorities accountable for how goods and services are allocated nationwide.[5] Perhaps just as importantly, denying a group’s right to self-identification in a national census is tantamount to saying that the group does not exist at all.

The Torah also understands the importance of getting an accurate count of people. At the very beginning of Sefer Bamidbar, God commands Moses to “Take a census of the whole Israelite community by the clans of its ancestral houses, listing the names, every male, head by head.”[6] Our commentators offer a variety of explanations for why God commands Moses to take a second census of the Israelites in Parashat Bamidbar, as one was already taken in Parashat Ki Tissa. Some commentators explain that a census was required for the practical realities of governing the Israelites, while the Rashbam, a medieval commentator,[7] and Jacob Milgrom, a modern commentator,[8] state that the census was necessary to know how many Israelites could be conscripted into military service when the nation enters Canaan. While the census from our parashah was far from a complete picture of the Israelite nation, as it completely excluded women,[9] our commentators argue that it enabled the Israelites to form a functioning society.

Taking a mystical approach, Rabbi Levi Yitzhak of Berditchev, an 18th-century Hasidic Master, writes that the very act of ensuring that each Israelite is properly counted is a matter of cosmic significance, for each Israelite symbolizes each word of the Torah:

God gave the Torah to Israel and the souls of Israel form the body of the Torah. There are 600,000 Jewish souls, parallel to the number of letters in the Torah. Israel, in other words, are the Torah. Each one of us constitutes one of Torah’s letters. By counting Israel, therefore, Moses was learning the Torah…[10]

In Levi Yitzhak’s commentary, each time Moses counted an individual Israelite, he was reminded that every individual is precious to God, and is an essential representation of God’s clarion call to the Israelite nation and all of humanity. Far from the utilitarian purpose of military conscription or equitable resource allocation, our parashah recognizes that counting someone is a statement of a person’s existence and an affirmation that they matter. In contrast, when a person is excluded from a census—when who they are, what they need, and what their group represents remains unacknowledged—it is the ultimate affront to human dignity.

In a speech about the exclusion of the Rohingya from the Burmese census, Wai Wai Nu, the director of Women Peace Network Arakhan, an organization working for the rights of Rohingya women, said that the government is sending the message that “Rohingyas are no longer regarded as human beings.”[11] Parashat Bamidbar reminds us that ensuring that people are accurately counted not only enables the leaders of their nations to provide practical goods and services, but also attests that their dignity and humanity are respected.

As Burma makes a challenging transition to democracy and peace, AJWS supports 28 grassroots organizations in the country that are working to hold the government accountable for its actions, particularly against women and oppressed minorities. Groups like Fortify Rights have worked to research and document human rights violations that continue to take place. While Fortify Rights and other critics of the census were not successful in ensuring that the census included all minority populations in Burma, they continue to advocate for an end to oppressive government policies against the Rohingya. We can support their efforts to ensure that, even in the absence of an accurate counting, every person in Burma truly counts.