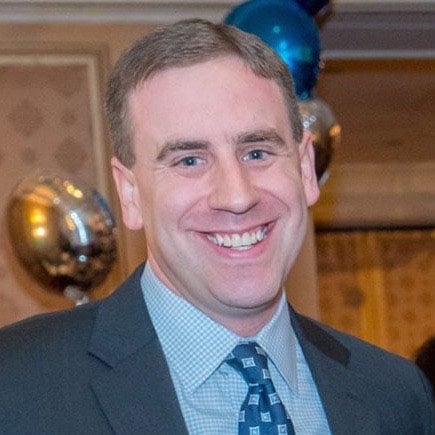 Rabbi Joshua Rabin is the Director of Innovation at the United Synagogue of Conservative Judaism. He received his Rabbinic Ordination and an MA in Jewish Education from the Jewish Theological Seminary in 2011, where he served two terms as student president of the Rabbinical School. Josh is an alumnus of the AJWS Rabbinical Students’ Delegation in Muchucuxcah, Mexico in 2011, served as a District Coordinator for AJWS’s Reverse Hunger Campaign and ran on AJWS’s first New York Marathon Team. Josh lives on the Upper West Side with his wife, Yael, and their children Hannah and Shai. You can read more of Josh’s writings at www.joshuarabin.com.

Malala Yousafzai was shot in the head by a member of the Taliban in 2012 for committing a “monstrous crime”—standing up for girls’ right to go to school. When the Taliban banned girls from attending school in her village in Pakistan, Yousafzai started a blog for the BBC called “Diary of a Pakistani Schoolgirl.” There, she chronicled life under the Taliban, her relentless desire to get an education and her commitment to ensure that all girls can do the same. Malala’s work inspired people around the world and even led to her nomination for the International Children’s Peace Prize in 2011. But her rising fame as an activist nearly cost her her life.

Over the past 2.5 years, Rohingya Muslims, an ethnic and religious minority living in western Burma, have been repeatedly attacked and over 100,000 have been displaced and forcibly held in camps. The government has failed to protect the Rohingya from, and has at times participated in, unspeakable atrocities, including violence, murder and internment. In addition to physical attacks, the government has also sought to destroy the Rohingya’s peoplehood. At the present time, the Rohingya are a stateless people who are not recognized as citizens of Burma. In order to receive citizenship, the Burmese government requires that the Rohingya abandon their identity and declare themselves “Bengalis,” which codifies their lack of citizenship and self-identification. Those Rohingya who refuse to capitulate are forced to live in internment camps or flee the country.

On December 16, 2012, 23-year old Jyoti Singh was raped by six men while riding on a bus in New Delhi, India. The attack reportedly lasted over two and a half hours, and Singh died two weeks later in Singapore from her injuries. Four of her attackers were found guilty and sentenced to death by hanging.

To the Burmese government, the Rohingya Muslims do not exist. This group of approximately 1.2 million people living in western Burma has been referred to by the United Nations as “one of the most persecuted minorities in the world.” The Rohingya consider themselves a distinct ethnic minority, but the Burmese government disputes this claim. In addition to refusing to recognize the group’s identity, the government has also inflicted widespread human rights violations against the Rohingya, including restricting marriage and child-bearing, depriving them of freedom of movement, and forcing them to live in deplorable conditions in internally displaced persons camps. The human rights organization, Fortify Rights, argues that the government intends “to make life so intolerable that they [the Rohingya] will leave the country.”

When I visited some of the poorest neighborhoods in Cancun with AJWS in 2010, my greatest fear was not what I would see, but what I might feel. I worried that I would feel—as so many people do—that I needed to fight for justice so that I could save the people I met there, providing for them what they could not provide themselves. This sentiment is common, but dangerous and demeaning, because a belief that the privileged must save the poor assumes that people in need lack the ability to shape their own destinies; that it is a lack of aptitude or ability that lies at the core of their misfortune.

Bill Drayton, founder and CEO of Ashoka, an organization that provides financial and organizational support to social entrepreneurs around the world, says that when Ashoka attempts to identify individuals to support, he asks his colleagues, “Do you deeply trust this person?” Explaining the rationale behind this question, Drayton states,

…to cause fundamental social change, you are asking people to change how they do their work, how they relate to other people. You’re asking a lot of them. And if they don’t trust you, your probability of success is greatly reduced. The trustworthiness of the social entrepreneur—their integrity—is one of their most important assets. People sense that—and if they don’t trust you, they won’t follow you. They won’t make those leaps in their own lives that are necessary.

Since 2007, more than 20 workers committed suicide at the Shenzhen, China factory of the Foxconn Corporation, a partner of Apple and major producer of iPhones worldwide.[1] In an article for Wired Magazine, Joel Johnson asks whether his incessant desire for the latest gadget contributed to these deaths in a factory that China Labor Watch reports provides overtime and employee amenities, yet is known for grueling hours and intense employee pressure.[2] Johnson writes…