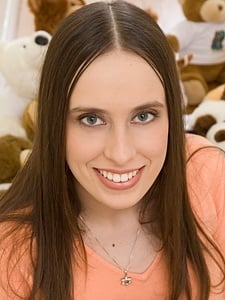 Speaking out against injustice can be extremely difficult and is sometimes accompanied by grave consequences—as was the case for Berta Cáceres, a champion of human and environmental rights, and an AJWS grantee. On Thursday, March 3rd, Berta, a Honduran activist, was murdered in her home. On June 21st, The Guardian reported that Berta appeared on a hit list distributed to U.S.-trained special forces units of the Honduran military months before her death. As Americans, and as Jews, we must speak out in the face of this horror. Our tax dollars cannot be used to support the re-emergence of death squads in Honduras.

As Aviva Presser Aiden explains in her 2010 Dvar Tzedek, this week’s parasha contains an important lesson in speaking out for truth. As the Israelites are camped on the border of the Land of Canaan, God commands them to send men to spy out the land. While the majority of the spies report terrifying enemies, one man—Kalev ben Yefuneh—attempts to reassure the Israelites that the land is good and God in on their side. Sadly, they do not listen and, as punishment, God forbids this generation from entering the land.

Kalev, however, is allowed to enter—precisely because he spoke out against the popular opinion. As Aviva writes, “Kalev’s ‘different spirit’ is a stark defiance in the face of unjust majority opinion, as he clings to God’s promise regarding Canaan despite its frightening inhabitants, the pressure imposed by other spies, and the threat from the panicked community.”

Like Kalev, Berta spoke out, and she paid with her life. All of our grantees advocate for the rights of people on the margins—often contrary to popular opinion and despite the grave risks. This is the sobering reality for our grantees and it underscores why AJWS’s financial support, advocacy and partnership are critical to the pursuit of global justice.

In this moment we can do our own small part to speak out against injustice. Take action to end military aid to Honduras here and read Aviva’s piece below.

The Jewish people are approaching the culmination of the Exodus experience—the long-awaited fulfillment of the promise to the Patriarchs that their children would one day inherit the Land of Canaan. They are camped right at the border when the now-ominous words that open Parashat Shlach appear—“Send for yourself men to spy out the land of Canaan”—the beginning of the end for this generation.[1]

The men sent to Canaan come back with terrifying tidings: The people of the land are mighty and monstrous, they report. Among these inhabitants are the Amalekites, who had already clashed with the Jewish people at Rephidim. All in all, the spies’ report is enough to instill dread and despair in the rest of the Jewish people.[2]

Kalev ben Yefuneh, representing the tribe of Judah in the scouting expedition, intercedes to reassure the people. He presents a counter-voice which declares that the land is indeed good, everything they had believed it was; and despite the odds against the Israelites, when they enter the land they will be victorious because God will be with them.[3] The people, tragically, are not convinced, and God condemns the entire nation to walk the desert, living in the wilderness until the generation dies. No one of the generation that had scorned the Promised Land would live to see it.

Kalev was exempt from the punishment of his generation. He is referred to in this text as avdi—My servant—by God. Very few ever merit this accolade. In fact, in the Pentateuch, there are only three—Avraham,[4] Moshe[5] and Kalev. So what is unique about these three that they merit this rare form of praise?

God explains Kalev’s exemption from the national punishment as being “because he had a different spirit and remained loyal.” Loyalty is something we would expect of a good servant; but there are many in the Torah who are loyal to God, yet not referred to as avdi. So it must be the first part of this description, the ‘different spirit,’ (a character trait not usually associated with servitude) which distinguishes these three individuals. Kalev’s ‘different spirit’ is a stark defiance in the face of unjust majority opinion, as he clings to God’s promise regarding Canaan despite its frightening inhabitants, the pressure imposed by the other spies, and the threat from the panicked community.[6]

A similar boldness is woven into the life stories of Avraham and Moshe as well. In the case of Avraham, the midrash illustrates his disregard for popular opinion and his own personal safety when he faces Nimrod’s fiery furnace rather than worship Nimrod’s gods.[7] Moshe too, growing up as an Egyptian prince, first shows his mettle when he challenges the abuse of the Jewish slaves at great personal risk.[8] The accolade of avdi thus signifies a unique loyalty to God that involves the courage to speak out and act against injustice in the face of power, opposing popular opinion or danger.

Today, we can find ourselves in circumstances in which speaking out or acting in opposition to injustice can be difficult. Consequences of protesting established authorities or popular opinion can range from merely unpleasant looks and whispers to far more severe consequences including loss of livelihood, loss of social support or even death.

Tragically, this latter extreme turned out to be the case for Bety Trujillo, Executive Director of CACTUS, a former AJWS grantee that supports sustainable community development in indigenous communities in the Mixteca region of Oaxaca, Mexico. Recently, as a result of ongoing paramilitary presence, many of these communities faced shortages of water, food and basic medical supplies. On April 27, 2010, Ms. Trujillo and 30 other human rights activists were attacked by the paramilitary group as they attempted to bring critical supplies to the people. Ms. Trujillo and another member of her convoy were killed.

Fortunately, most of us will never face this level of penalty for our defiance of authority. But speaking out or taking action against wrongdoing by powerful or influential parties—from supervisors at work to spiritual leaders; from unjust governments to corporate entities abusing land or people—is a challenging road, often fraught with risk. Yet in doing so, and in supporting others with the courage to speak out and take action, we too can become avadim—servants of God.