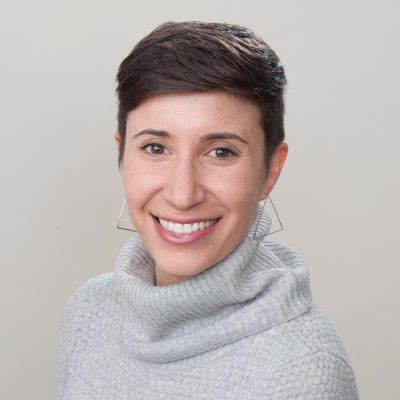 Parashat Bereshit, the first parashah in the cycle of weekly Torah readings, contains two monumental “firsts”: the creation of the first humans and the first act of violence. I’m always struck that these two events take place in the same parashah. And each year, I reflect on how their power and centrality shape our ethics in the modern world.

Consider the story of Cain and Abel. Cain is the first human to be born and Abel, his brother, is the first human to die. The two brothers go into the field and Cain—perhaps motivated by jealousy or rage—murders Abel. God asks Cain, “Where is your brother, Abel?” And when Cain responds, “I do not know. Am I my brother’s keeper?” God exclaims, “What have you done? Your brother’s bloods [plural] cry out to me from the ground!”[1]

Curiously, the Hebrew phrase—dmei achicha “your brother’s bloods”—refers to “blood” in the plural instead of the singular. There are many interpretations of this grammatical oddity, one of which is that the consequences of murder and violence extend far beyond one human being alone.[2] Abel isn’t the only victim of murder; his future descendants—the generations of people who will never have the potential to bring virtue, creativity, justice and enlightenment to the world—are victims, too.

This interpretation resonates deeply for me in the aftermath of the recent verdict in the brutal gang rape and death of a 23-year-old Indian woman, Jyoti Singh Pandey, in New Delhi, India. The four men accused of this crime were found guilty and sentenced to death. Some perceive this punishment as a vital expression of justice, while others—including a movement of Indian feminists—believe it does little to dismantle the underlying conditions that perpetuate violence against women and girls worldwide.[3]

The perspective of these feminists is reflected in the continuation of God’s conversation with Cain following Abel’s murder. When Cain learns that his punishment for murdering his brother is to wander the earth, he worries that he will be vulnerable to acts of violence himself. God responds by putting a mark on Cain to deter anyone intending to harm him, thereby ending the potential cycle of brutality.[4] Rather than answering violence with more violence, God clearly communicates that bloodshed and death—experienced by innocent victims and by perpetrators alike—crush our collective future.

Heeding this lesson today and building a world free of violence requires laws and institutions that give citizens access to protection and justice. But it also demands that we reframe our understanding of the impact of violence on the lifeblood of society. We cannot view one murder in isolation. We must see it as intrinsically linked to a crippling cycle of oppression and humiliation that spills the “bloods” of our global community, particularly the “bloods” of people who are on the margins.

How do we ensure that our world’s most vulnerable members are able to protect themselves from violence in all facets of their lives? Sometimes, it involves the government. For example, in the aftermath of the rape, India’s parliament passed a new law to stem sexual violence against Indian women.[5] The law represents some progress but it does not protect women from being raped by their husbands nor does it criminalize gender-based violence perpetrated by India’s national security forces.

Critical progress is also made possible by work at the grassroots level. For example, the organization Awaaz-e-Niswaan (AEN)—an AJWS grantee—provides a haven where Muslim adolescent girls can meet with their peers to learn about their rights, develop a network of peer support and understand how to access government and non-government services for education, jobs, healthcare, physical protection and emotional safety. Not only has AEN spoken up for the rights of Muslim women and girls, it has also worked in partnership with sex workers and LGBT groups, whose experiences of violence are often ignored or delegitimized by the Indian government.

The organization understands that the problems girls face in India—from crushing poverty to discrimination to rape—are so interconnected that they must be addressed together. For this reason, many girls who come to AEN looking for an education or a supportive peer group leave with much more: self esteem, leadership skills and critical knowledge about gender issues, sexual and reproductive health, and their legal rights.[6]

By amplifying the voices of women, girls and other marginalized communities around the world, and by advocating simultaneously for changes in policies, we are one step closer to realizing an inclusive vision of justice. But Indian organizations like AEN cannot do this work alone. We, too, must do our part by rededicating ourselves to a core ethic expressed in Parashat Bereshit: to be our brother’s—or our sister’s—“keeper” and to privilege protection over violence, just as God does. Only then will tragedies like the death of Jyoti Singh Pandey be a thing of the past.