We’re excited to share with you the winter edition of Stories of Hope, a special selection of videos, articles and news from our grantee partners that gives us hope in our work for justice and equality around the world. From activists sharing their aspirations for the New Year, to a girl in India rejecting child marriage to achieve her dream of becoming a singer, to Rohingya refugees pursuing justice at the world’s highest court—the tireless work of the AJWS community shows us that a better world is possible.

Happy New Year from AJWS Grantees around the World

This past year, AJWS supported 487 social change organizations in 19 countries. We put out a question to these groups: what are you fighting for in 2020? Their answers—which they filmed all around the world—were filled with passion, dedication and hope for 2020. 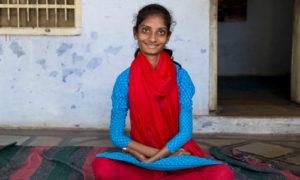 Vaishali, a teenage girl in Rajasthan, India, has loved watching “Indian Idol”—a popular TV show much like its American counterpart—from a young age, and dreamed of being a singer. But girls in her rural village weren’t supposed to dream big—they were supposed to cook, clean, do as they were told and marry the man of their parents’ choosing. Thanks to a girls’ camp run by AJWS grantee Vikalp, Vaishali is raising her voice and pursuing her dreams. 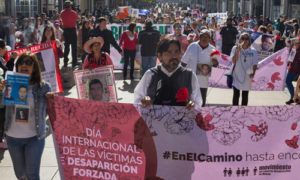 Over 100,000 Strong, Demanding Justice for the Disappeared

On August 30, 2019, activists with the Movement for our Disappeared marched in the streets in cities across Mexico, delivering over 100,000 signatures demanding government action on the crisis of disappearances. At least 61,000 people have been “disappeared”—forcibly abducted, imprisoned or murdered—in Mexico in the last decade, as drug cartels operate with impunity.

Rohingya Refugees Finally Get Their Day in Court

The International Court of Justice at The Hague held its first hearing on the Rohingya genocide, and AJWS staff, allies and grantees were there to bear witness. Read about this historic trial and the reactions of those present in the Washington Post.

December 17 was a very good day for Loretta Alethea Pope-Kai and the land rights movement in Liberia. Loretta, the Director of AJWS grantee the Foundation for Community Initiatives (FCI), was elected head of the National Civil Society Council of Liberia and won a Women Advocacy Award—all on the same day.

Women Speak Out Against Sexual Violence in Burma

Sexual violence is used as a tool for repressing women in many ethnic minority communities in Burma with alarming frequency. AJWS's Olivia Nightingale and Phyu Phyu Sann from the Global Justice Center make the case for listening to the Burmese women who are speaking out against this epidemic.