Get to know AJWS’s Jacqueline Hart 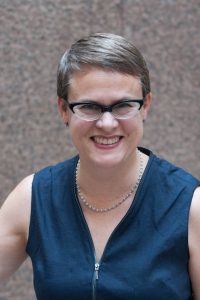 Jacqueline Hart, Ph.D., joined American Jewish World Service in 2012 to lead the organization’s efforts to strategically learn and measure its impact in the developing world. Since then, she’s created research and evaluation initiatives that aim to deepen AJWS’s understanding of our work and to strengthen our impact. Under Jacqueline’s direction, AJWS uses these findings to improve our grantmaking strategies and better support people struggling to realize their human rights. We also share our research and policy recommendations with other professionals in the global development community, so the findings can have a much broader impact.

To learn more about Jacqueline’s work—what inspires it, and why it’s so important—AJWS sat down with her to ask some questions.

How did you first get involved in research and evaluation? What sparked your interest in this field?

I’ve been an activist since I was in college high school really. I worked in a domestic violence shelter. I did a lot of work around anti-Apartheid and university divestment movements, and I was one of the organizers in an organization called Sexual Assault Prevention and Awareness Center on campus.

I became really interested in how we might have very good intentions about trying to achieve social change, but we don’t often have the information to really know if what we’re doing is effective. The people we most want to have benefit from the change—how are they viewing what we’re doing, and what makes a difference to them? Who gets to define what success is, and how can we make sure that our work is effective not only in our eyes, but in theirs?

Some of my work is guided by the phrase, “The road to hell is paved with good intentions.” It’s not to be mean-spirited, but to say organizations, especially ones that are doing direct service, are strapped for resources; they don’t always have time to sit and reflect and analyze and understand and refine their work. I was really interested in how can we bring in knowledge to create more effective and respectful social change.

Was there anything in particular you saw in those early years that made you think of that phrase—“the road to hell is paved with good intentions?”

I worked at a detention center for boys in Detroit in the ’80s. These were mostly inner city kids from poor neighborhoods. There was a lot of drug dealing, lots of drug use. There was violence in their neighborhoods, in their homes. And this program was very much focused on trying to get these individual boys to behave better. The program was encouraging them to go work at McDonald’s, instead of dealing drugs.

I thought, okay, well, the intention is so good, right? Because they want these boys to stay out of trouble, to earn a living, to be able to have a happy life—a productive life where they don’t end up on drugs and in jail.

But the structural factors around them made it so, so difficult. And the intervention was at an individual level. While it might’ve been good to support the individual boys, there was really a structural intervention that needed to happen alongside it. The fundamental realities of racism and poverty and urban blight were so crushing in these neighborhoods where these boys lived. There was a failure of the public school system.

The boys would say, “That’s all very nice, but where I live, it’s really dangerous. If I work at McDonald’s, I can’t buy these things that will afford me some status and protection. Also, that will suck because I won’t earn enough money. And where is that going to get me anyway, working at McDonald’s?”

I became interested in how to use research to help us ask the right questions of the right people, so that we could create knowledge that will create better interventions. So I went and got a Ph.D. in sociology, and I was trained in quantitative methods and also as an ethnographer. I was really interested in who you ask and how you ask and what you ask—and how all that shapes the evidence that you use to create programs.

It seems like you were running across some programs and policies developed by people who had good intentions, but maybe weren’t learning as much as they could from the people they’re trying to help. Why do you think that approach persists?

It takes a great deal of effort to understand someone else’s perspective. You know, one of the things I like about AJWS is the way we really, really pay attention to grantee perspectives on what they do.

One of the efforts that we’re making with our early and child marriage research is asking: what does success look like from the perspective of the people who are engaged in making social change happen? The field of child marriage has been really driven by the global north donors and governments and INGOs, and it’s been focused on age at marriage. But we are finding through our research that it’s not about age, it’s about agency. And it’s not just about agency, it’s about systems of gender inequality and patriarchy and poverty.

If you ask people in these communities, “Does age at marriage matter?”—well, age at marriage matters, sure. It’s a necessary thing to consider, but it’s far from sufficient. What matters more is that girls have a sense of self, that communities have resources to support different life-course trajectories; that the health care system is there to provide care to adolescent girls; that they’re allowed to get there and they have the mobility and the permission to access the service; that the quality of schools is such that girls emerge with literacy and numeracy.

There is this theory called feminist standpoint theory, which says that where you stand, your vantage point in the social system, really determines what you see and how you understand. The people with the least amount of power can see things in the system in a way that people with a lot of power can’t. In order to understand and act on any system, you must start with the viewpoint of those who are most oppressed by that system. I think that drives a lot of how and why I do research.

What are some of the challenges that AJWS has faced in trying to bring this kind of research and perspective into our global advocacy efforts?

We know that we do what we measure, so it’s really important that we measure the right things. There is an acknowledged need for meaningful measures of progress when it comes to addressing issues that have complex root causes behind them. Take the child marriage example I gave before: a lot of people understand that just increasing the age at marriage doesn’t necessarily mean girls’ lives will get better or that they’ll have more choices. But on the face of it, it seems more manageable to increase and measure age at marriage.

There is, at the same time, a real hunger for scalable solutions and for measures of progress that can be globally applied in a sort of neat way. It’s hard to reconcile those two things.

So that’s a challenge, and that’s a methodological challenge and also probably a political challenge, because it suggests that we think there is a solution and that we can apply it everywhere.

The danger—which I think is what you’re asking about—is this idea that there is a simple fix, and that we can just replicate and apply it, as opposed to acknowledging the profound complexity of different situations and places.

You talk a lot about feminist approaches to research. I’m curious, how do you define that—feminist research? What makes it unique?

Feminist research acknowledges the fundamental premise that knowledge is power. So we have to pay attention to who does the research, how we do research and therefore how we construct knowledge. The ways in which we ask questions are themselves laden with power, and there is essentially no totally objective research because any research question you ask already comes with a bias and a framework.

There’s always a critical analysis of inequality. I think feminist research also comes with a core value of using knowledge for action. You know, typically research is very extractive. Like, you go and do research on people who have less power than you, and you take away findings…and it never goes back.

I think feminist research is a social change tool, that there is an obligation to not make it privileged and separate—that it should be engaged in the world and contributing to social change. And that includes making sure that the people you do research with are part of every step of the knowledge production, that you share it back with them and that you engage with them on the findings. When AJWS did case studies of some of our work in Senegal and Kenya that was one of the commitments of the process: not just to produce research, but to share it back.

And that sharing back has seen really promising results so far. We had two meetings of our grantee partners and other key movement stakeholders, leaders and donors in the peace movement in Senegal, and one of the things that was identified in the case study and discussed in the meetings was a need for women and youth to have more participation. So that led to the creation of a social movement platform for women and youth working together for peace.  That is so, so exciting, to see research being used as a social-movement building tool. 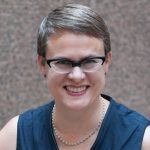 Jacqueline Hart is Vice President for the Strategic Learning, Research and Evaluation division at AJWS.