Home  AJWS Blog  My Trip To Guatemala: Lessons of Justice that Inspire Action

My Trip To Guatemala: Lessons of Justice that Inspire Action 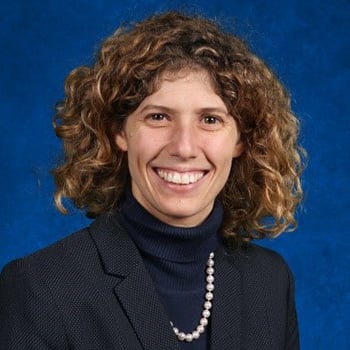 Last month, high in the mountains of Guatemala and surrounded by fellow rabbis and human rights defenders, I was given a window into standing up for justice that I will never forget.

We were there as part of American Jewish World Service’s Global Justice Fellowship—a program designed to inspire, educate, and train American Jewish leaders to become national advocates for human rights—to learn from local activists fighting oppression, so that we, in turn, could emulate their tactics and passion in our own efforts for justice back at home.

I am no stranger to standing up for justice. From protesting at the Women’s March over inauguration weekend, to rallying against the travel ban at the airport, to writing letters and making phone calls about immigration policy, women’s rights, or preserving our right to healthcare, I have spent the past year engaged in actions of resistance to immoral decisions of the U.S. government.

But this was different. During a period of intense and powerful action in the U.S., while my friends and colleagues were protesting the deportation of Dreamers and marching all across the country for women’s rights, I was traveling all over Guatemala to study a different kind of resistance.

We embarked on our journey hearing from Rolando, an indigenous Maya Q’eqchi’ farmer from Guatemala’s highlands who has been fighting for 20 years to retain ownership of his own land. He shared the story of his struggle against a multinational hydroelectric corporation that came to his village to build a dam on the area’s only river.

When Rolando tried to sue the company for its infringement on his community’s land and water source, police arrived at the court with a warrant for his arrest. I heard from Rolando’s attorneys, who have dedicated themselves to the pro-bono work of protecting the human rights of Guatemalans in the face of corruption that permeates every level of government. Witnessing his story and the stories of his lawyers opened my eyes to the heavy price at which defending your rights as an indigenous person in Guatemala comes, and was a stark reminder of how far we have yet to go in the global struggle for justice and equality.

Some days later, I sat with the women of CODECOT, a collective of indigenous midwives who are healers, educators and advocates in the Quetzaltenango region of Guatemala. In their offices—which serve as a training school, a communal gathering space, and a clinic complete with both examination tables and ritual steam baths—these strong, dedicated women shared stories of discrimination, particularly the prejudices they face when bridging traditional and western medicine.

On the last day of our journey, I learned from the women of Nuevo Horizonte, an organization that works to advance the political participation for indigenous women in local, regional and national government. The activists described their relentless uphill battle for equality in leadership, and they shared their successes: In their communities, women slowly but surely are winning council seats, and through those victories, a greater voice. As I listened to their presentation, I felt inspired to reflect on their words as a call to all women, everywhere, to champion the battle for women’s rights, for equity, for representation, for education and for childcare.

For me, the memories of this trip will be forever entwined with the news our group was hearing from home at the time. While we learned from indigenous Guatemalans how to fight discrimination, in our own country, police arrested my friends, mentors and colleagues as they sat chanting and singing on the floor of the U.S. Senate lobby. They were in Washington to demand the immediate passage of the Dream Act, bipartisan legislation that will protect nearly 800,000 immigrant youth from imminent deportation.

In the same week that I listened to an indigenous Mayan midwife describe her work to protect women’s health and dignity in the Guatemalan countryside, 250,000 people gathered back home in New York City to march in support of women’s rights.

Time and time again, I was brought back to an ancient question that our Rabbis posed in the Talmud: “Which is greater, study or action?” While there is some debate, the prevailing wisdom posits that study is better, because it inspires action. In other words, we cannot act without the powerful stories of brokenness that ignite our drive to pursue a better world.

I am grateful that, during a week of action in the U.S., I was able to study with AJWS and the human-rights defenders of Guatemala. As I ponder their stories of courage and resilience, of men and women fighting for justice in their own country, I feel a call to action that is deep and intentional—action that builds solidarity, promotes systemic change and ushers in a better world for every person.

Rabbi Ilana Schachter is the Director of Community Building at Temple Shaaray Tefila in New York. For the past seven years, Rabbi Schachter has worked at Hillels across the country. As a rabbi and community builder, Rabbi Schachter fosters relationships, interfaith cooperation, and the pursuit of social justice rooted in faith through Jewish texts, values and rituals. She was ordained by the Hebrew Union College-Jewish Institute of Religion, where she also received a Master’s in Hebrew Letters, and she received her AB with honors in Comparative Literature and Judaic Studies from Brown University.