Home  AJWS Blog  Crossing the Border: From Genesis to Guatemala

Crossing the Border: From Genesis to Guatemala 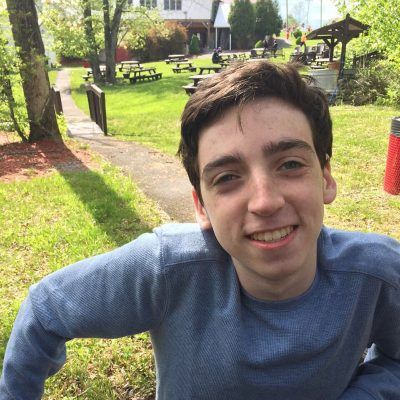 Just recently, the New York Times shared the tragic story of Donelda Pulex Castellanos, whose 6-year-old daughter was held in an immigration detention center for two months. Castellanos and her daughter were then reunited and abruptly deported back to their home in Santa Rosa de Lima, a poor rural municipality in Guatemala.[1] The article reminded me of another tear-filled reunion, the heartwarming embrace of Jacob and his son Joseph in Egypt—reunited after decades of separation. Joseph “fell upon his father’s neck, hugging him, and he wept.”[2] Beyond relaying this touching moment, the Book of Genesis spends a full seven chapters explaining why Jacob fled the land promised to him and his descendants in the first place. A devastating famine had swept the land, and Jacob—like the thousands of families crossing the southern U.S. border today—made the journey to an unknown land in the hope of providing for his family.

The story in Genesis offers us an ancient example of migration and its root causes. In the U.S. today, the immigration debate centers on controversial and horrific policies like family separation. But the moral confusion about how to treat those who cross the border often disregards an even deeper line of questioning—why are people fleeing from their home countries in the first place?

The Torah makes clear that to discuss migration without asking why it’s happening is a pointless exercise. Genesis dwells on the reasons why Jacob feels the need to leave his home for a foreign and considerably wealthier land. Jacob sends his sons down to Egypt “so that we may live and not die,”[3] a phrase that Judah repeats back to his father later in the saga. When Joseph reveals his identity to his brothers, he says, “God has sent me ahead of you to ensure your survival on earth, and to save your lives in an extraordinary deliverance.”[4] The brothers repeat a similar narrative of desperation to Pharaoh when they arrive in Egypt with Jacob. The tone of the biblical story could not be clearer—leaving for Egypt was about survival.

In Central America today, poverty and violence have made life extremely challenging. In Guatemala, for example, approximately 60 percent of the population was living under the national poverty line in 2014[5]—and among rural and indigenous Mayan populations, the number was close to 80 percent. Guatemala has one of the highest malnutrition rates in the world, with half of children under age 5 being chronically malnourished. [6] Widespread impoverishment has resulted in poor access to education, creating a vicious cycle of economic struggle. According to a Pew study, 91 percent of Guatemalans deported from the U.S. cited work and economic opportunity as their reason for coming.[7]

Guatemala also has one of the highest violent crime rates in the Western Hemisphere. Experts attribute the alarmingly high homicide rate to drug-trafficking activity, gang-related violence, and the prevalence of firearms throughout Guatemala. The country’s justice system fails to resolve and prosecute most crimes, due to weak accountability and endemic national poverty.[8]

What does any of this have to do with the U.S.? Well, a lot more than one might think. Anti-immigration advocates often claim that these frightening facts and figures are all Guatemala’s problem, and the U.S. government shouldn’t be involved. But the claim overlooks the deep and lasting impact that American policymakers and corporations have had on the country—and broadly in Central America—in the last century.

The United States dominated Guatemala’s economy and politics for decades. It held a chokehold on agriculture and the fruit industry through the United Fruit Company, and it helped install a series of ruthless dictators, including the authoritarian Colonel Carlos Castillo in 1954. Thirty-six years of civil war followed Castillo’s installment, leaving approximately 200,000 people dead. A UN commission later found that the U.S.-backed Guatemalan government was responsible for the arbitrary execution of 23,671 people, 83 percent of whom were indigenous Mayans.[9]

To say that the situation in Guatemala today is their problem, not America’s, is to deny history and ignore merciless, reckless and disastrous foreign policy decisions on the part of the U.S.

But America’s future does not have to mirror America’s past. It shouldn’t. In the face of famine, Joseph devised a 14-year food storage plan. He recognized that thoughtful long-term solutions are far better for dealing with crisis than clumsy temporary ones, like building a wall on the border or deporting thousands of unauthorized immigrants.

American Jewish World Service is supporting a variety of coalitions that are working to solve the migrant crisis at its roots. In keeping with this its mission of defending human rights for all, AJWS lends its voice to efforts that ensure the fair and just treatment of the Central American migrant population. The organization has endorsed legislation introduced by Representatives Eliot Engel (D-NY), Norma Torres (D-CA), and Adriano Espaillat (D-NY) to end the Trump administration’s family separation policy and treat migrants with respect and dignity. Meanwhile, AJWS supports an array of grassroots organizations in Guatemala and across Central America that are working to improve the lives of people living there. Organizations like Union of Campesino Organisations for the Verapaces (UVOC) are trying to increase access to land for indigenous and impoverished Guatemalans so they can feed their families and earn sustainable livelihoods.

These initiatives provide long-lasting solutions to the issues migrants face, before another Guatemalan or Salvadoran or Honduran must make the difficult decision to leave family and friends behind—and face horrifying prospects once they cross the border—in the hope of a better future.

It is important to understand what motivates people to migrate, from the time of Jacob to today. In Guatemala, many of the root causes of political and economic instability reflect atrocious foreign policy decisions made by the U.S. government. As our nation grapples with how to deal with the thousands of people crossing the border, we must first consider our own role in creating the problem at hand.

To learn more about AJWS’s grantees working in Central America to address the root causes of migration, read Heading to the Mexican Border, by AJWS’s President and CEO, Robert Bank.

JustThought is a series of essays from AJWS applying Jewish wisdom to the pursuit of tikkun olam today. Drawing upon Jewish history, Torah sources and the latest headlines, we plumb pressing questions about human rights and global justice from a Jewish perspective through monthly essays by noted scholars, activists and AJWS staff.