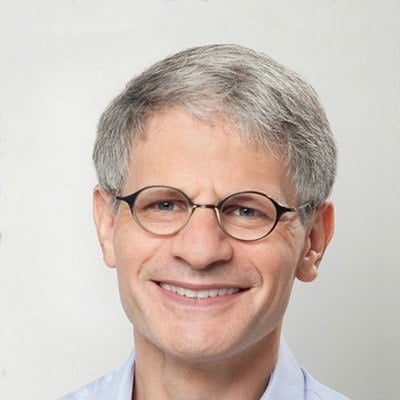 As dusk turned to night in Chiang Mai some weeks ago, I felt adrenaline coursing through my body as thousands of people poured onto the streets of this city in northern Thailand for the country’s biggest LGBTQI pride march in a decade. At the same time, my mind was flooded with memories of Pride marches past. Memories of listening to radio news coverage of the Stonewall uprising 50 years ago, when I was a 12-year-old boy coming to grips with the then frightening fact that I was gay. And happier memories of marching in my first pride march ten years later in 1979, as a young, out gay man.

The throng around me in Chiang Mai included activists from six organizations supported by American Jewish World Service (AJWS)—groups working tirelessly to ensure that LGBTQI people can live without fear of discrimination and violence. Marchers carried signs, some in Thai and others in English: “Love is Love,” in big red letters. “TRANS!” in mango orange. “Bisexual,” in avocado green.  “Marriage for All,” in black and white.

For them, this event was more than just a parade. It was a sign that their courageous fight for human rights had triumphed in the face of bigotry.

Celebrating after a decade in the shadows

Tragically, the last Chiang Mai pride march, in 2009, ended before it began with a violent assault on the participants by anti-LGBTQI vigilantes. And the forces of intimidation won: activists dared not organize Pride for a full decade. But thanks to the organizing of AJWS grantee partners in Thailand and many others, activists mobilized in 2019, and the forces for human rights, led by a new confident generation, dominated the city, culminating in Pride 2019.

Among those marching and chanting in the streets was Ahn, who heads up BUKU, an organization in Pattani, a very conservative, predominantly Muslim part of southern Thailand. BUKU provides a gathering place, café, classes and a soccer team, all open to LGBTQI youth. Ahn smiled her big warm signature smile and told me—“This is my first pride!—bursting with excitement.

Not far from Ahn was Note, a Thai transwoman from a Buddhist family in the north, who heads the Transgender Alliance of Thailand. Note flew in from Bangkok, the nation’s capital, where TGA lobbies every day for legal rights and official state IDs and tends to the emotional needs of young trans people who are rejected by their families.

And at the heart of the parade was Tor, a gay man from Chiang Mai, who has played an unparalleled role in the history of Chang Mai pride. Tor heads the Mplus Foundation (Mplus), which was founded in 2004 to combat HIV/AIDS and has since grown into an unstoppable force for human rights for LGBTQI people in Thailand.

Tor and Mplus organized the first Pride march in Chang Mai in 2008, as well as the beseiged 2009 parade. Now, in 2019, a new generation of activists, nurtured by the human rights and anti-bullying trainings of Mplus in local schools, led the way.

Tor was moved to see that Mplus’s long hard work paid off. With tears moistening his eyes, he said: “Chiang Mai Pride this year has healed my deepest pain and fear. We are making pride happen, and we will overcome whatever obstacles lie ahead with a new generation of activists who will go further than we have.”

In contrast to the marchers who were met by violence ten years ago, we were cheered for hours by thousands of people. Eventually, we filed into a square in Chiang Mai’s old walled city, where we celebrated our shared vision for a new and inclusive world.

Memories of Stonewall and Pride marches past

The high I experienced during the Chang Mai march reminded me of the emotions I felt during my first pride march in New York City in June, 1979. Fresh out of college and the closet, I marched with tens of thousands of others along Fifth Avenue into Central Park. I remember how exhilarating it was to be cheered on by the large crowd of bystanders on the steps of the Metropolitan Museum of Art. They made it clear that they had our backs, despite how harshly LGBTQI people were treated at that time in our country.

And as I marched through Chiang Mai, I could not help but recall how I was riveted by live radio reports of the Stonewall Uprising—the protest in NYC by LBGTQI people against police abuse, which has come to symbolize the start of the contemporary gay rights movement. I remember experiencing a combination of fear and excitement, hearing assertive gay voices for the first time, knowing that the uprising had something to do with me, at an age when I was realizing that I was gay, and at a time when that prospect was scary.

Now, 40 years after my first march and 50 years after Stonewall, I was marching in solidarity through the streets of a city across the world, with new friends and colleagues, all of them supported by AJWS, the global Jewish human rights organization for which I am so proud to work.

Thanks to our big-hearted AJWS community, we provide financial  support to advocates for the human rights of LGBTQI people in Thailand and 15 other developing countries worldwide. And their work is crucial. While Thailand is friendly to LGBTQI tourists, its own LGBTQI citizens do not enjoy equality under the law. Those who wish to marry cannot, and trans people face tremendous challenges getting the proper IDs and documents they need to work and live. In culturally conservative areas, LGBTQI people must hide who they are and whom they love in order to survive.

But the movement for human rights for LGBTQI people there is growing, the result of intense campaigning by courageous advocates like Ahn, Note and Tor. Before the parade began, I stood transfixed, watching colorfully dressed and sequined drag queens, young gay men with rainbow stripes painted on their cheeks, lesbians carrying signs for marriage equality and trans people on their feet and in wheel chairs. Taking this in, I knew deep in my heart that where the AJWS community stands—as Jewish global citizens  alongside others as they fight for their rights—is exactly the right place to be.

Stuart Schear is the Vice President for Communications at AJWS. 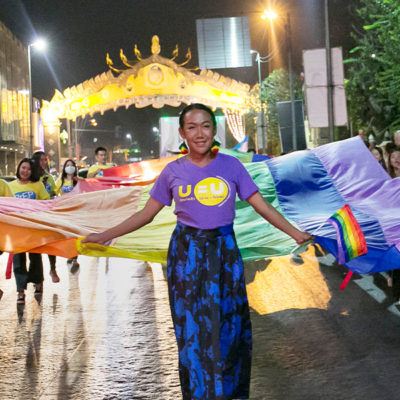