Home  Who We Are  Resources  Social Justice Shabbat and Holiday Resources  Passover Resources  Next Year in a Just World - A Global Justice Haggadah  Magid: The Passover Story

From slavery to freedom

The Passover story chronicles the Israelites’ exodus from slavery in Egypt. It celebrates the movement from oppression to liberation and our belief that tyranny can be thwarted and justice can prevail.

Around the world today, courageous people are making similar journeys—leaving behind violence, poverty and persecution and seeking security, freedom, prosperity and peace.

Stories of Freedom from Around the World

When Hurricane Matthew struck Haiti in October of 2016, the ferocious wind and waves took everything Françoise Inocent had. She lost her home and all her belongings, but did not despair. Françoise began to help others, volunteering with Solidarite Fanm Aysisyèn (SOFA), a local women’s empowerment group. Working tirelessly, she helped rebuild homes, organize a mobile clinic to tend to dozens of wounded and sick, and distribute hygiene kits to prevent cholera. Today, Françoise is beginning to recover from her own loss—and she keeps serving as a beacon of hope to others.

Khun Khit San is a member of the Shan ethnic group—a minority in Burma. His people have faced persecution because of their ethnic heritage and identity, suffering years of violent attacks by the military. Although Burma has taken steps toward freedom and democracy in recent years, the army continues to persecute minorities like the Shan, Kachin, Karen, Ta’ang and Rohingya—by torturing civilians and displacing people from their homes. Khit San is just 27, but he has already dedicated his life to stopping this violence. In 2010, he co-founded Kaung Rwai Social Action Network (KSAN), which now works in 25 villages mobilizing youth to become activists, community leaders and human rights educators. They have garnered national media attention for their cause and are inspiring a new generation to fight for justice, equality and peace.

Covering their faces with scarves to maintain their anonymity, 15 Guatemalan women courageously testified in 2016 before a war crimes tribunal about their harrowing experiences of abuse at the hands of soldiers during Guatemala’s 36-year civil war. They faced intimidation and threats for telling their stories, but persevered, saying: “We are telling the truth. We want to be heard. And we want justice.” Ultimately, they got the justice they sought. In an unprecedented victory, the two military officials were sentenced to a total of 360 years in prison.

Sunita Jaiswal was 15 when she first got married and 17 when she gave birth to her first child. Her husband drank heavily and beat her. Her parents encouraged her to be patient—and she had no choice because she couldn’t support herself alone. But she soon found a way to change her story. She discovered Azad Foundation, an AJWS grantee that trains low-income women to become professional drivers. Azad taught her to drive and gave her lessons in self-defense and human rights. With their support, she filed for divorce and reported her husband to the police.

Today Sunita works as a private chauffeur and is able to support herself and keep her children and younger siblings in school. She also made a new friend—whom she later chose, of her own will, to marry. Her new husband supports her career fully. “This is what I liked the most about him,” Sunita says. “There are very few people who actually support us and help us go forward in life.”

Julienne Lusenge was a radio broadcaster in the late ’90s at the beginning of Congo’s brutal civil war. When women from around the country began calling in to her radio show describing horrific violence and rape, she decided it must be stopped. Julienne founded an organization called Female Solidarity for Integrated Peace and Development (SOFEPADI) and started training girls and women to stand up to their attackers. She provided trauma counseling to survivors and dispelled stigma that left so many survivors isolated and alone. Today, Julienne and SOFEPADI are defending thousands of women in Congolese courts and are winning hundreds of cases—bringing hope that rule of law and justice can return. 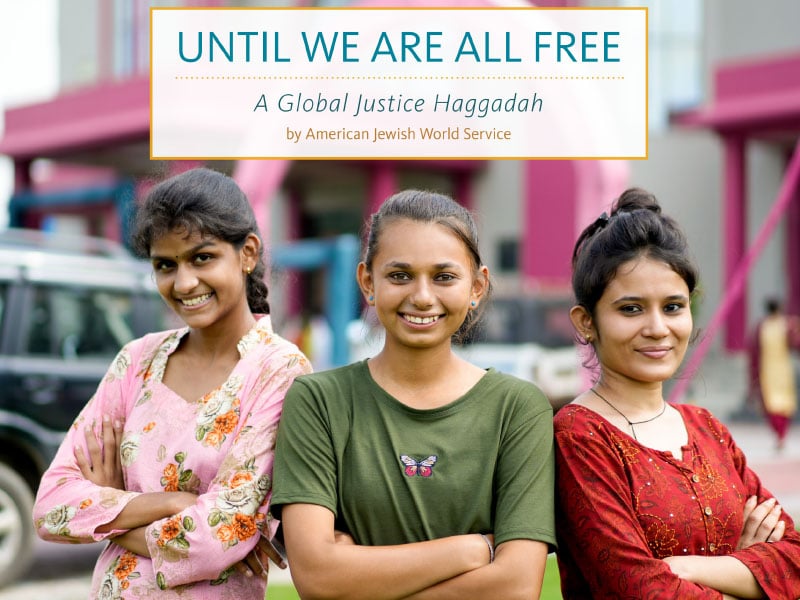