NEW YORK, NY- Uganda’s Anti-Homosexuality Law, which was signed by President Yoweri Museveni last month, is now being challenged by Ugandan human rights activists and organizations, according to American Jewish World Service (AJWS), the leading Jewish international development and human rights organization. A diverse group, including a Ugandan member of parliament and leading lesbian, gay, bisexual, transgender and intersex (LGBTI) activists, filed a petition with the Ugandan Constitutional Court earlier today, questioning the constitutionality of the law and seeking an injunction to prevent its implementation. Their application seeks a gag order on the Red Pepper tabloid, which recently published the names and photos of suspected LGBTI Ugandans. Moreover, the application asks the court for a general injunction on the Ugandan media from publicizing the identities of LGBTI individuals and inciting hate against them.

“I applaud these organizations and individuals for standing up against the draconian Anti-Homosexuality Law and filing a petition to challenge it,” said Ruth Messinger, president of AJWS. “The Anti-Homosexuality Law violates the fundamental rights of all Ugandan citizens, regardless of their sexual orientation or gender identity, and creates a hateful climate. This inhumane law is in conflict with Uganda’s constitution and international human rights doctrines, and is a major step backwards for human rights in Uganda. We hope that justice will prevail and that this law will be struck down by the Ugandan Constitutional Court.”

“The Anti-Homosexuality Law has the potential to criminalize work around documentation of human rights violations and the provision of legal services to LGBTI persons or suspected LGBTI persons,” said Adrian Jjuuko, executive director of AJWS Ugandan grantee Human Rights Awareness and Promotion Forum (HRAPF). “The law violates freedom of association, freedom of expression, and the rights to privacy and dignity of the person, and it promotes discrimination. As an organization committed to non-discrimination and equality for all, this is a law that we cannot simply ignore. That is why we have actively joined the petition against it.”

In addition to its harsh direct penalties on LGBTI people themselves, the Anti-Homosexuality Law, if it is enforced, will have several other detrimental effects on the organizations AJWS supports in Uganda, including:

Over the past five years, AJWS has granted more than $800,000 to support Ugandan social justice organizations. With AJWS’s support, they are promoting equality and working to end discrimination and violence against people of all sexual orientations and gender identities, so that they can access the full spectrum of opportunities in society and live in health, safety and dignity. 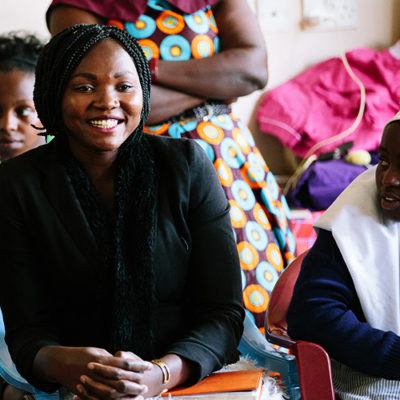