Home  Hope from Guatemala, India and Beyond

Hope from Guatemala, India and Beyond

We’re delighted to introduce “Stories of Hope,” a new feature that shines a spotlight on AJWS’s work to build a better world.

Below you’ll find stories of action and activism that give us hope in times of brokenness and division. These include a story about a monumental step forward for LGBTI rights in India won by our grantees and many others that have been fighting for equality. Another shares how two of our grantees helped a family that has suffered horrific abuse at the hands of the Guatemalan military win justice in that country’s highest court.

You can also check out some recent news articles and opinion pieces that continue to inform our work to promote human rights and combat poverty in the developing world. We hope that these stories inspire you as much as they inspire us!

Thank you for being our partners in repairing the world—tikkun olam.

A Monumental Win for LGBTI Rights in India 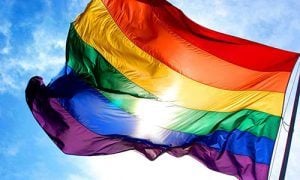 Just this month, the Indian Supreme Court struck down Section 377 of the Constitution, a colonial-era law that criminalized consensual sex between same sex adults. AJWS is proud to support so many of the organizations that have been leading the charge for equality in India, including several involved in the case. Now, all LGBTI people in India’s population of 1.3 billion are freer to be who they are and love whom they love—openly, safely and with pride.

AJWS grantee La Unidad Ecológica Salvadoreña (UNES) is protecting endangered mangrove forests in El Salvador, ensuring that this delicate ecosystem is preserved for future generations. This work is tremendously important as local rural communities depend on the mangroves and the creatures that thrive in them for food and their livelihood. This 1-minute video shows their work in action.

Women Lead Toward an Equitable Future in India

Though she is only 23 years old, Manju Kumari is already an elected leader in her rural village in India. She is one of an increasing number of women in her country who are filling political positions and challenging gender inequality and discrimination—and winning. Take 4 minutes to watch this inspiring video, which follows Manju as she leads her community and inspires girls along the way.

Fighting for Justice in Guatemala

Guatemala’s High Court found 4 out of 5 former high-level military officers guilty of the forced disappearance of 14-year-old Marco Antonio Molina Theissen, whose family has been pursuing justice for nearly 40 years. The officers were sentenced to 25 years in prison and the court ordered the military to continue the search for Marco. AJWS partners Unidad de Defensores y Defensoras de Derechos Humanos en Guatemala (UDEFEGUA) and Prensa Comunitaria supported the family on this long road to justice, and will continue to fight the corruption, impunity and political unrest that have been escalating in the country.

Bringing farming
back to nature

This piece explores the resurgence of agroecology and features La Via Campesina, an organization supported by AJWS that brings together movements of small farmers and agricultural workers in Latin America to advocate for food and seed sovereignty, agrarian reform, trade, climate justice and more.

Nobel Laureate, Liberian peace activist and AJWS grantee Leymah Gbowee visited with Rohingya women and girls living in refugee camps in Bangladesh. She came away with a clear message: refugee women and girls are strong and courageous leaders who know the needs of their communities and should be at decision-making tables. AJWS is proud to support Rohingya leaders.

AJWS is proud to support Santa Yalla, one of the female-led radio stations in Senegal’s Casamance region that use their platforms to promote peace in the conflict-ridden area, often breaking the communication barrier between opposing sides that have battled one another for decades. Santa Yalla is a voice for peace and reconciliation.

AJWS partner Vikalp Sansthan organizes volleyball practices for girls in northern India, teaching them confidence and valuable life skills, as well as empowering them to strive for a more promising future. Vikalp is fighting for gender equality in a society dominated by men.