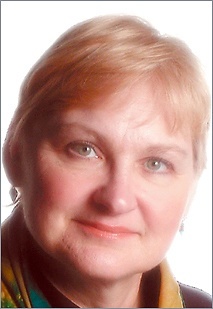 Shmot begins with two stunning acts of civil disobedience in which five righteous women help birth a liberation movement.[1] Many millennia later, righteous women in Burma are leading a nonviolent resistance movement in a society only marginally less repressive than ancient Egypt.[2]

Shifrah and Puah were midwives who “feared God”[3] and so did not follow Pharaoh’s orders when he decreed that male Hebrews be killed at birth. In a society in which Pharaoh was considered divine, these two women possessed the discernment to know what was morally right and the courage to act on it. In our time, another story of women’s discernment and valor continues to unfold in Burma. Led by Nobel laureate Daw Aung San Suu Kyi, Burmese women have been among the leaders of the pro-democracy movements against a succession of oppressive military juntas. Even though Daw Aung San Suu Kyi has been held under house arrest for most of the last 19 years, she remains a vivid symbol of strength for her people, a name that instills hope.[4]

The resistance in Burma is also supported by thousands of courageous women whose names we do not know. These daughters of Burma are leading movements against forced labor, speaking out during pro-democracy protests and documenting the Burmese military regime’s use of rape as a weapon of anti-insurgency.[5]  This covert work for democracy echoes the story of the three unnamed daughters of Shmot’s second act of subversion – to save the life of a boy named Moses. There are three women in this collaboration: a daughter of the tribe of Levi who gave birth to the baby, her daughter who watched from a distance as her brother’s basket floated down the Nile and the daughter of Pharaoh who found the infant and unexpectedly took pity on him in defiance of the law.[6] Even though two of the women are identified later as Yocheved and Miriam, the Torah makes a point of not recording their names in this parshah, suggesting they are meant to be archetypes of women who cross class, ethnic and religious lines to “shape the destiny of the world.”[7]

The five women who sparked the Exodus—the two named midwives and the three unnamed daughters—acted at risk to their own personal safety, but managed to avoid the dangerous consequences that could have resulted from their actions. Unlike the women of our parshah, the women of Burma are being punished for resisting oppression. Many have suffered arbitrary arrests, rape, sexual assault, public humiliation and threats to their families.

Shmot binds us to these women. Just as Miriam could not save the Hebrew infant on her own and needed the partnership with Pharaoh’s daughter, the women of Burma need partners in the rest of the world.

The text of the Torah is perhaps purposely unclear as to whether Shifrah and Puah were “Hebrew midwives” or Egyptian “midwives of the Hebrews.”[8] This ambiguity could be the Torah’s way of saying that when one is resisting oppression, nationality doesn’t matter.[9] Our moral responsibility is clear. The Talmud says:

Here’s how to help: Educate yourself on the situation in Burma and participate in the movement to keep its story alive.[11] Urge the United Nations to continue its efforts to demand justice for Daw Aung San Suu Kyi and the women of Burma. Contribute to organizations working for democracy in Burma.[12]

We are able to respond. And we must.