At the age of 15, I was an optimistic young teenager in New York, inspired by the civil rights movement and dreaming about how I might contribute to creating a better world. Looking back, my ambitions at 15 laid the foundation for my entire career—a full 60 years of fighting for social and global justice.

Just like me, every 15-year-old girl deserves a chance to pursue her dreams. Sadly, many girls never get those opportunities.

Sunita, who lives in India, is one of them. When Sunita was 15, she was forced into an abusive marriage. Like most girls who marry young, she was told to drop out of school. At 17, she gave birth to the first of three daughters. Her husband’s violence continued, and Sunita felt trapped. She had no way to support herself and her children on her own.

Sunita’s life changed when she found Azad Foundation, an organization in India supported by AJWS. Azad trains low-income women to become professional drivers, empowering them to achieve economic and social independence. With Azad’s help, Sunita was able to leave her husband, forge a new life, establish a career and choose a husband, one she wanted to marry.

But many girls who marry young don’t find this kind of happy ending. Each year, 14 million girls under age 18 enter into child marriages. That’s 28 girls every minute. Sunita says she hopes her three daughters won’t be among them—that they will be able to access the education and support needed to beat the odds and pursue their dreams.

That’s why we’re joining with our partners in the Girls Not Brides coalition and asking YOU to lend your voice to #MyLifeAt15, a global campaign calling on all governments to end child marriage by 2030.

Joining the campaign is simple: post a picture of yourself on social media and describe what your ambitions were when you were 15, using the hashtags #MyLifeAt15 and #AJWS. You can download a copy of our sign here and write your message on it or use your own.

With thousands of people participating worldwide, we’ll celebrate the aspirations we held and show our support for girls everywhere—girls who deserve the opportunity to imagine different futures for themselves and pursue those goals, without child marriage holding them back. 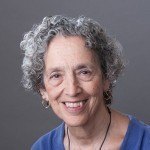