Righteous Leadership in Times of Crisis 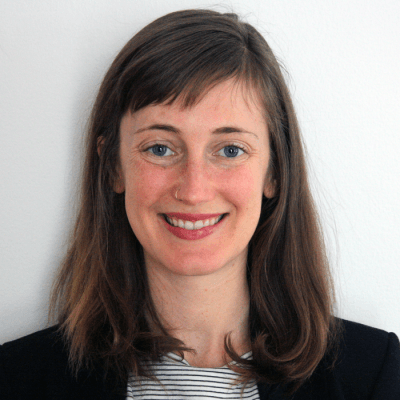 We like to think about our leaders as heroes—the “good ones,” those who help others, save lives and defeat tyranny. Yet the leaders portrayed in the Torah—despite their relationship with God and heroic acts—are not infallible. They often make decisions and act in ways that many Jews find challenging, and sometimes even abhorrent.

In Deuteronomy, we are presented with a version of Moses that conflicts with the prevalent narrative of a revered hero who led the Israelites out of slavery in Egypt. After the Exodus, after he has led the wandering and stateless Israelites through the desert for 40 years, Moses receives the divine commandment to conquer the land and people of the city of Heshbon by force, so that the Israelites can pass through on their journey to freedom.

And the Lord said to me: ‘See, I begin by placing Sihon [King of Heshbon] and his land at your disposal. Begin the occupation; take possession of his land.’

Sihon with all his men took the field against us at Jahaz, and the Lord our God delivered him to us and we defeated him and his sons and all his men. Then we captured all his towns, and we doomed every city—men, women, and children—leaving no survivor.” (Deuteronomy 2:31-34).

Reading these verses today, I am struck by this description of a brutal massacre. King Sihon blocked the Israelite wanderers from passing through his land—but did that justify the killing and displacement of the civilian residents of the city? Why did Moses participate in this wanton destruction? How is he feeling as he recounts this story, after having made it to the edge of the Promised Land?

Answering these questions requires the acknowledgement that, sometimes, even our leaders—our heroes—do wrong.  Still today, we see examples of rulers who fail to exhibit righteous leadership when it is needed most.

A searing example is Aung San Suu Kyi, who has been the hero of the Burmese people for the last three decades. Before assuming her current position of head of the ruling political party in 2015, Suu Kyi spent decades advocating for democracy and human rights in Burma, speaking out against the brutal military dictatorship in the 1980s and ‘90s even while detained under house arrest. For her leadership, she has been bestowed with prestigious international awards such as the Nobel Peace Prize, U.S. Congressional Medal of Honor, and, until it was recently rescinded, the U.S. Holocaust Museum Elie Wiesel Award.

Yet despite her noted accolades, Aung San Suu Kyi has failed to address a current human rights crisis in her country: the ethnic cleansing of the Rohingya people.

Her silence in the wake of the atrocities occurring today in her country under her watch is deafening. The Rohingya people—an ethnic minority—have faced persecution in Burma for decades, but military-sanctioned violence escalated this past summer. Since August, the Burmese military has overseen a targeted campaign of mass murder and ethnic cleansing. They have indiscriminately killed thousands of Rohingya men, women and children, set entire villages aflame, and committed rape and other sexual violence against women.

Since August alone, more than 688,000 Rohingya people have fled their homes in the western Rakhine State of Burma and made the perilous journey to Bangladesh. They have taken shelter in what is now the largest refugee camp in the world. The camps have dangerously insufficient medical care and housing infrastructure, which, now that their monsoon season is beginning, threatens to create a devastating epidemic of water-born disease.

Back in Burma, those remaining in Rakhine State face continued violence, restricted food resources, and land seizures. The U.N. reports that the persecution “bears all the hallmarks of a genocide.” How could today’s leaders allow this to happen? While Aung San Suu Kyi, or “Mother Suu” as she is known in Burma, does not have power over the military, she has refused to exercise what power she does have by publicly condemning the violence or even mentioning the Rohingya people’s name in public addresses. Her unwillingness to stand up for human rights and equality provides cover to the military’s crimes. Furthermore, her government’s failure to take greater responsibility for the hundreds of thousands of innocent Rohingya refugees who have fled to Bangladesh, as well as those that remain in Burma in prison-like conditions, is incomprehensible and unacceptable.

The Torah’s account of the wandering Israelites conquering a foreign land reminds us that when it comes to leadership and heroes, there are no absolutes. Moses led the Israelites out of slavery, but he did not do so without making some serious mistakes.

Today when leaders make similar mistakes, we must speak up.

We have a chance to guide global leaders toward creating a just and peaceful outcome to the Rohingya crisis. The Rohingya people are seeking the basic rights of citizenship and safety, just as Jews have throughout history. We must wield our collective power to push for change on their behalf. We must urge Congress to pass the Burma Human Rights and Freedom Act, legislation that would impose targeted sanctions against Burmese military officials, increase U.S. humanitarian aid, and support for transitional justice mechanisms in Burma.

Just as we can wrestle with the leadership displayed throughout Torah and Jewish history, even questioning the decisions made by Moses, we can demand much more from the leaders that we’ve looked to as our heroes and human rights defenders today—urging them to act humanely and justly to stop this atrocity taking place in our midst.

Susan Paykin serves as the Rohingya Campaign Coordinator at AJWS.