My Social Justice Heroes: Why I support courageous human rights defenders around the world

Over and over in my travels throughout the 19 countries where AJWS works in Africa, Asia, Latin America and the Caribbean, I’ve been struck by our grantee partners who toil tirelessly to protect the world’s most vulnerable communities. As 2018 comes to an end, I find myself reflecting on these human rights defenders.

These defenders are diverse, from students to mothers, from lawyers to scientists. As autocratic regimes have become more widespread and more sophisticated in the ways they silence critics, we’ve also witnessed those standing up to defend human rights becoming increasingly resourceful, using videos and social media to spread news of abuses.

Human rights defenders call out repression and confront oppression. They understand that human rights on paper are worthless without human rights in daily life. They risk their reputations, their jobs, sometimes everything, to make others’ rights not just a declaration or an aspiration, but a reality.

And they are constantly under attack.  According to a Front Line Defenders report, more than 300 human rights defenders were murdered in 2017.

But we are not deterred.  Human rights are a timeless issue for the Jewish people: As a religious and ethnic minority, we especially understand the need to break the cycle of state-sanctioned hate. And that’s where AJWS draws our inspiration when we work to champion the dignity and rights of every person, including those who are ostracized and marginalized: women and girls, Indigenous Peoples, ethnic and religious minorities and LGBTI people. As we celebrate the final nights of Chanukah, I keep thinking that these people light the way in times of darkness.

Chanukah, of course, marks a Jewish victory over religious repression. December also presents us with other ways to mark the work of warriors for justice. December 9th is Human Rights Defenders Day. And December 10th, Human Rights Day, marks the 70th anniversary of the Universal Declaration of Human Rights. That’s the UN’s groundbreaking list of inalienable freedoms and liberties adopted after World War II in a global effort to prevent the atrocities of the war, including the Holocaust, from repeating themselves, anywhere, to anyone. This year, these rights—and the work by those defending these rights—are more important than ever because of the authoritarian moment in which we find ourselves worldwide.

Let me tell you about Patience Mbegu Choga and her husband Joel, who I met on a trip to the coast of Kenya earlier this year.

We were in Malindi, on the Indian Ocean, known for its forests and tropical beaches. Kenyan and international companies have built salt factories in this region that stretch for miles, ruining lush lands and displacing residents who have farmed and fished in the area for generations. When a salt company tried to eject Patience and Joel from their home and land, offering less than $100 in compensation, the couple refused to move. The company had Joel arrested on trumped-up charges, and a court sentenced him to seven years in prison. When a bulldozer arrived to demolish their house, Patience blocked it.

But there was only so much Patience could do in the face of repeated attempts to bulldoze her home. When their house was destroyed, Patience turned to an advocacy group that we support, Malindi Rights Forum (MRF), which protects the land rights of local people. The group helped draw international attention to the plight of Malindi farmers, reducing Joel’s sentence and getting charges against Patience dismissed.

That wasn’t all. By taking salt companies to court, Malindi Rights Forum has won back some of the residents’ lands. The group works closely with another AJWS grantee, Kituo Cha Sheria, to provide paralegal training to Patience and others so they can assist neighbors in defending their land. “Now I’m aware of my rights,” Patience told us.  “I’m able to stand up for myself, my family, and other people.”

Sometimes we do not even learn the names of many of those defending human rights. Consider the scores of “Mexican mothers,” as they are known, who have the heartbreaking task of recovering the bodies of those who have been tortured and killed for decrying corruption, or challenging drug traffickers, or protecting forests from clear-cutting. The mothers investigate and denounce the perpetrators so that those who are responsible for these killings—criminal organizations, the police and the state—are unable to thrive with impunity.

As American Jews, we realize we’re linked to people like the Mexican mothers and Patience and Joel, who live thousands of miles away. Our history of isolation demands that we feel connected with those who are isolated today.

At AJWS, we listen to these champions of human rights, rather than telling them how to work, because we know that people who live every day with human rights abuses are best suited to solve the problems they face. We provide funding that’s flexible and long-term, so that the organizations we support have the resources to persevere until the arc of change bends toward justice.

As we near the final days of 2018, a year marred by anger and divisiveness at home and abroad, I mourn the loss of those human rights defenders who have been killed this year and celebrate the victories of those human rights defenders who have continued to persevere in the struggle for justice.  May the memories of those who are no longer with us be for a blessing and remind us of Rabbi Joachim Prinz’s words, “When I was the rabbi of the Jewish community in Berlin under the Hitler regime, I learned many things. The most important thing that I learned under those tragic circumstances was that bigotry and hatred are not the most urgent problem. The most urgent, the most disgraceful, the most shameful and the most tragic problem is silence.” 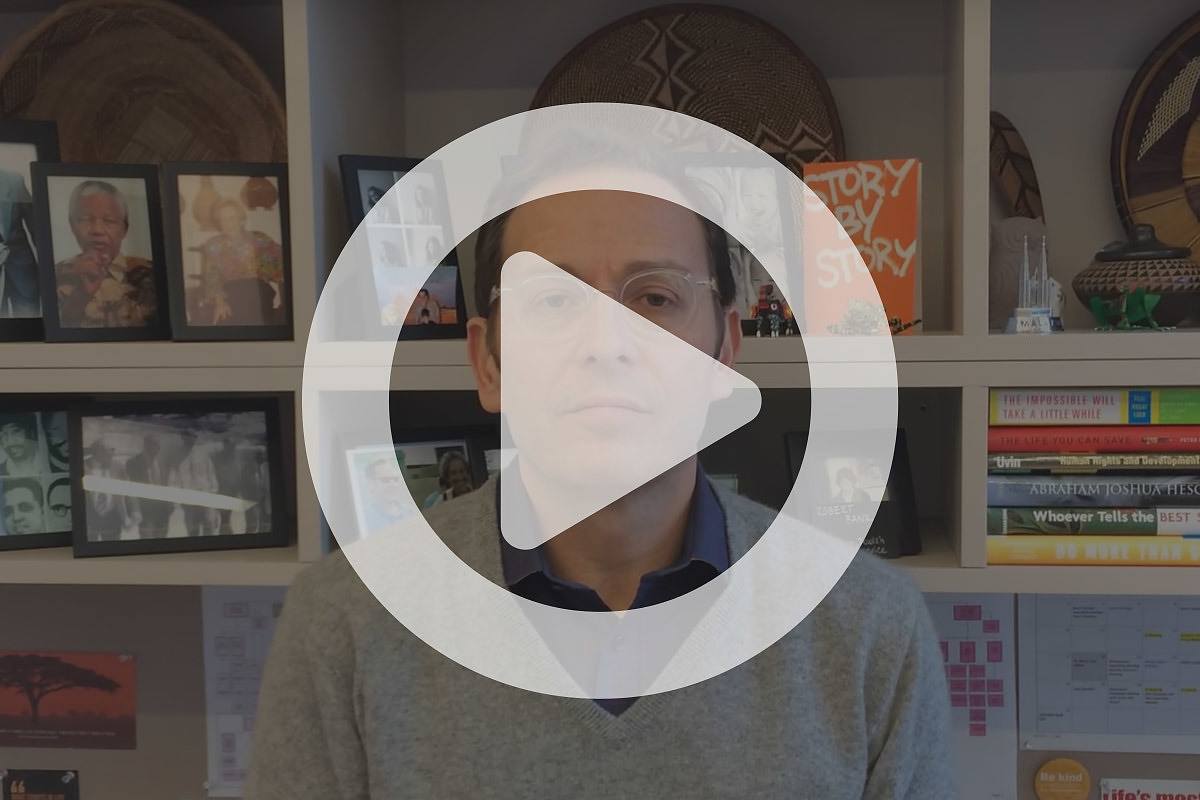 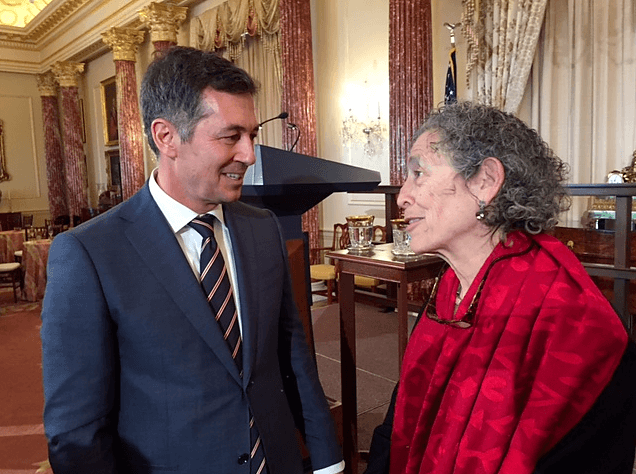 Making History for LGBT People Around the World

Leader of global, Jewish human rights group calls on all sectors of American society to…