Jews call for justice for the Rohingya genocide 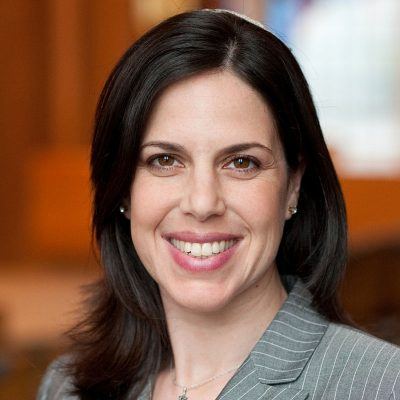 We are witnessing a modern-day genocide in Burma today.

Two years ago, over 740,000 Rohingya people were forced to flee their homes for makeshift refugee camps in Bangladesh. The massive exodus followed decades of persecution, violence and discrimination from the Burmese military against the Rohingya, an ethnic and religious minority in Burma. As Jews, we know all too well that genocide does not happen overnight, and we will not remain silent.

This week, nearly 600 Rabbis and Cantors from across the United States joined together to send a letter to Secretary of State Mike Pompeo demanding action on the 2 year anniversary of the escalation of the Rohingya genocide. In Washington DC, I just joined my colleagues, Rabbi Michael Knopf and Rabbi Jonah Pesner, to deliver the letter to the State Department along with a clear message: the Jewish community stands with the Rohingya people.

Through American Jewish World Service and the Jewish Rohingya Justice Network—which represents all four major branches of American Judaism and secular Jewish movements— the Jewish community has come together to demand a meaningful U.S. government response to this ongoing crisis. Two years after decades of persecution escalated into a refugee crisis, survivors still live in limbo and in inhumane conditions. They live under temporary tarp structures, with no access to education and livelihoods, and they are not free to leave the sprawling camps. The Burmese military carried out this campaign, and I am outraged that they have yet to be held accountable in any meaningful way.

The Jewish community has not and will not stay silent in the face of genocide.  We are taught in the Torah, “You shall not stand idly by the blood of your neighbor.” (Leviticus 19:16) We know all too well, from our own Jewish history, what happens when the international community does not stand up unequivocally in defense of oppressed minorities subject to state-sanctioned hate, oppression and violence.

Following hundreds of calls to Congress and over 1,500 emails to legislators, 575 rabbis and Jewish clergy have signed onto a letter delivered to Secretary of State Pompeo. This chorus of Jewish voices sends a clear message from the Jewish community, that the United States must always display moral courage and leadership in the face of genocide.

To read the letter to Secretary of State Pompeo, click here. And to add your name to the growing list of American Jews demanding an end to the Rohingya genocide, click here.

Our tradition teaches us that human life is sacred because all of humanity, each and every one of us, was created b’tzelem Elohim, in the image of God (Genesis 1:26). The Torah makes clear that we have an obligation to preserve the sanctity of life by speaking out in response to oppression and brutality in our world.

May we see the day when war and bloodshed cease, when a great peace will embrace the whole world.

Ken Yehi Ratzon – Let it be so.

Rabbi Aderet Drucker is the Co-Director of The Den Collective.