Stories of Hope: Good news in the fights for human rights

For so many of the activists that AJWS supports around the world, protecting the human rights of their communities can mean long, complex struggles requiring endurance and courage.

These activists need to stay inspired and motivated amidst mounting challenges. Giving up is not an option — there is simply too much at stake. As Mexican land rights activist Juan Antonio Lopez told us: “Triumphs are achievable… all you need is patience and perseverance. And [to know] that you are not alone in this fight.”

These were Juan’s words after his organization, AJWS grantee Economic, Social and Cultural Rights Project (ProDESC) successfully shut down a corporate development project that would have been built on the ancestral lands of Indigenous communities in Oaxaca. Their fight took more than five years.

Here at home, we know the fight for human rights feels increasingly critical and it can be hard to stay inspired for the long haul. That’s why we’re thrilled to bring you an exciting edition of Stories of Hope packed with some good news: activists winning long, hard-fought battles to defend the human rights of their communities.

Right now, you can stand alongside these activists and take action for a better world as well. Write to your senators and urge them to support the Abortion is Health Care Everywhere Act, which would ensure better access to reproductive care worldwide by repealing an amendment that restricts foreign assistance funding for safe abortion.

We are pressing for a better world for as long as it takes. And together, we’re making change. Triumphs are not only achievable — thanks to your support, they are happening right now.

— From your friends at AJWS 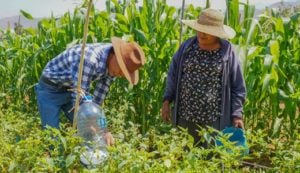 AJWS supports 148 social change organizations across Latin America and the Caribbean, all fighting for the human rights and dignity of their communities. This month, we’re celebrating the rich culture and history of the region — and we’re proud to introduce you to three local organizations changing lives in El Salvador, Mexico and the Dominican Republic. We hope these photos will inspire you to learn more about Latinx activism and human rights movements! 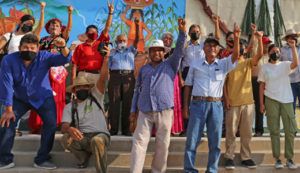 When a French corporation announced plans to build a massive energy park benefiting private companies on Indigenous lands in Mexico, AJWS grantee ProDESC leapt into action. After a difficult five-year legal battle, the Mexican government definitively called off the project, returning power to the people. We spoke with Juan Antonio Lopez, whose inspiring words you read above, about what this victory means and what comes next. 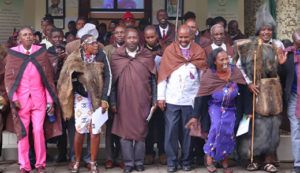 The Ogiek people, an Indigenous community in Kenya, may sound familiar to you: We’ve been supporting their fight for rights to their ancestral land for years, and updating our community along the way. We’re thrilled for you to read the latest chapter — after more than a decade, a pan-African court ordered the Kenyan government to guarantee the Ogiek unhindered use of their land and pay reparations for years of abuse. It’s a story of determination that gives us hope for the future.

The story you read above made national headlines in Mexico when it broke earlier this summer. Learn more about how ProDESC succeeded in shutting down a project that would’ve trampled the rights of the Indigenous Zapotec community.

"AJWS Trustee calls for diversity and inclusion in the Jewish landscape"

AJWS Board Member Gamal Palmer wrote this inspiring piece about his experience at this year’s JPro conference. Read his powerful take on why representation of Jews of color at national Jewish gatherings is not just meaningful, but critical.

"From Sex Workers to Chicken Farmers: Trust-Based Philanthropy at Work in a Pandemic"

In this thoughtful article, AJWS Vice President for Programs Shari Turitz and Program Officer Olivia Nightingale share how AJWS quickly adapted our strategy in the early days of the pandemic, supporting 500+ grantees to survive the crisis.

"Home is where the Pride is"

This article celebrates the groundbreaking work of Nirangal — a project supported by AJWS grantee SIAPP — which is creating safe spaces for transgender people in Southern India to connect and feel proud of who they are.

The Times of India

In case you missed it earlier this summer, read AJWS’s statement on how the decision to roll back Roe v. Wade sends a dangerous message to the rest of the world and sets a horrifying example for people living under authoritarianism around the world.

Join AJWS in the fight to protect abortion access around the world! Write to your senators and urge them to support the Abortion is Health Care Everywhere Act, which would ensure better access to reproductive care worldwide by repealing an amendment that restricts foreign assistance funding for safe abortion.

Write to Your Representative