As stories about the resurgence of Uganda’s anti-homosexuality bill inundate the blogosphere and international media, you could easily get the impression that Ugandans are rallying on the streets demanding the bill’s passage. In fact, the bill is not foremost on the average Ugandan’s mind.

“They are thieves, stealing the money.” The young man shook his head in disgust as he navigated our car through the traffic-choked streets of Uganda’s capital, Kampala. We were listening to an update on the Ugandan government’s latest corruption scandal: the theft of millions of dollars meant to aid the recovery of northern Uganda, a region grappling with deep poverty and neglect six years after the conflict there had ended.

Like my driver, most Ugandans are preoccupied with the issues they feel most directly affect their lives. In his case, that means recent allegations of graft in the prime minister’s office, which have sparked widespread anger and a sense that the rich just get richer while others like him struggle to get by. The headlines of the local daily papers right now are dominated by a frightening Ebola outbreak, debate over proposed legislation to govern Uganda’s burgeoning oil sector, and—on a lighter note—the marriage of a traditional kingdom’s princess to some random American guy. As inflation continues to climb here, ordinary Ugandans worry about the prices of food and fuel.

Once again, the anti-homosexuality bill has been deployed, some say, as a tactic to distract from these pressing matters. It hasn’t been lost on many people that the Ugandan speaker of parliament, who notoriously promised the bill’s passage as a “Christmas gift” to the nation, has presidential aspirations and that the bill conveniently unites a parliament deeply divided on other issues.

Whatever the motivations, the reappearance of the anti-homosexuality bill has stirred fear within Uganda’s LGBTI community. There have been conflicting rumors about when the bill will be brought before parliament for a final debate and vote. Some claim it could be reintroduced as soon as this Tuesday, November 20th, while others say it won’t be considered for two weeks given parliament’s current work load. In addition, it’s not clear whether the bill has been revised and if its most egregious provisions—those mandating the death penalty and requirements to report on suspected homosexuals—have been removed.

Having lived with the threat of the bill for three years now, Ugandan activists are going about their work with quiet determination. They are also urging the international community to take its cues from people on the ground so that local organizing efforts are not undermined by international strategies—no matter how well intentioned these strategies may be. “We call upon the international community not to speak out in the media about these issues,” said Clare Byarugaba, co-coordinator of the Coalition on Human Rights and Constitutional Law. “Whatever actions that are going to be done, should be done diplomatically, with the relevant stakeholders of this country. And, let the Ugandan community and the Ugandan human rights organizations and allies to do the groundwork.”

Gitta Zomorodi is an AJWS program officer for Africa. 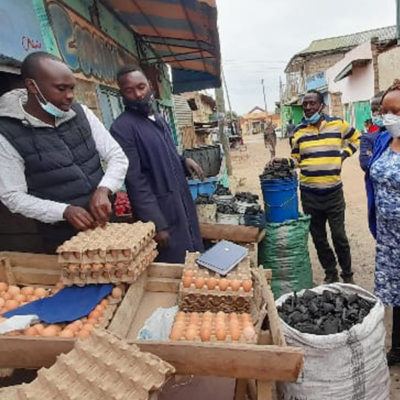