A Chanukah Reflection from David Gregory 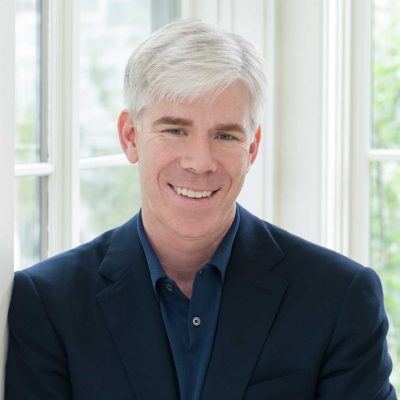 Why I Light my Chanukah Candles

Every winter, as the days shorten and darken, I look forward to Chanukah. The sight of the candles over eight nights helps us create those sacred moments that daily life so often crowds out. The flicker of the flame evokes history, identity, shared experience. I see in my children their innocent excitement and their respect for a special moment we share. My wife and I are always so proud to hear them sing the prayer—the glue that binds generations of Jews.

The candles create a circle of light around my family that grows brighter each day as we add another candle to our menorah. This is a truly intimate experience—the flames pull us inward toward the light and toward one another. And yet, the rabbis of the Talmud declare that the menorah should be placed “at the entrance to one’s house on the outside, so that all can see it.”1 The sages push us to make our private ritual public, because the very purpose of the candles is to publicize the miracle of Chanukah.

I have always felt great pride in placing my menorah in the window—and in Washington, D.C., where I live, my candles mingle seamlessly with the other lights of the holiday season, a multi-cultural mix of traditions all aglow. At my synagogue Chanukah party, we make this ritual even brighter and bolder. Everyone brings their own menorah. We light the candles, turn out the lights and put on 3D glasses, enjoying a spectacular light show. Thousands of tiny flames burst in their multi-dimensional glory—lights upon lights burning for all to see.

But in the days of the rabbis who created the Talmud in the third century CE, lighting the candles in full public view was not always safe. Right after the mandate to place the Menorah in the window, the Talmud says:

And in a time of danger, [when it might be dangerous to be seen practicing Judaism], placing it on the table is sufficient to fulfill the obligation.

The rabbis recognized that publicizing one’s identity is at times an act of pride and at others, a great risk. By bringing our ritual into the public sphere, we are exposing ourselves as “other,” making our difference visible to the world. As the Talmud acknowledges, we need to feel safe and secure in order to make ourselves visible.

The revival of ancient hatred toward Jews in Europe and here at home deeply troubles me; yet I remain profoundly grateful to feel secure as a Jew in the United States today. I’m grateful that we have the fundamental religious freedom to live our lives as Jews in a multicultural society. It’s precisely this freedom that the Maccabees were fighting for in ancient times, when the Syrian Greeks destroyed the Temple in their effort to assert the dominance of their culture over that of the Jews and others.

By urging us to place our menorahs in the window, the Talmud turns the celebration of Chanukah into a moment to take stock of our situation. This year, do we feel bold, like triumphant Maccabees freely asserting their religion and rekindling the menorah’s lights? Or do we feel fearful, like Judeans living under Greek rule?

Tragically, this year, minorities around the world—Jews included—have new reasons to feel that they may need to hide their lights. We are experiencing an uptick of prejudice and violence—from hate speech spewed by participants in the Nazi march in Charlottesville earlier this year, to the devastating mass murder taking place against the Rohingya people of Burma today.

The Rohingya story is tragic and demands our attention. In August, the Burmese military embarked on a “clearance operation” against the Rohingya—a majority-Muslim ethnic minority that has long suffered severe persecution by Burma’s dominant Buddhists. Burmese soldiers have murdered Rohingya men, raped women, thrown babies into fires, and burned entire villages to the ground. Since August, over 600,000 Rohingya have been forced to flee into neighboring Bangladesh, where they languish in refugee camps without enough food and water. They face the harrowing prospect of struggling to survive despite all they have lost.

The twinkling lights of the menorah are so beautiful, so unlike the broken world we’re looking at. And yet, that light allows us to see the brokenness—and thus act to make a difference.

Sitting by the Chanukah lights, I recognize that sometimes what we need is the grace and courage to simply acknowledge the brokenness in the world, to see clearly what these lights illuminate. And sometimes, like the Maccabees, we need to take action to defend the freedom of a religious and ethnic minority. This is why the work of organizations like American Jewish World Service is so important. AJWS is aiding the Rohingya and many other minorities around the world who are striving to be accepted and respected for who they are.

The word Chanukah actually means rededication. In this holiday season, let’s rededicate ourselves to finding our own light within, and working to create a world where all people can live free to share their light.

David Gregory is a political analyst for CNN and the author of a spiritual memoir, How’s Your Faith? published in 2015. A veteran journalist, he served as Chief White House Correspondent for NBC News and was the moderator of Meet the Press.