Home  What We Do  Sexual Health and Rights  Sex Worker Rights

Sex Worker Rights Inspired by our deep belief in the essential dignity of every person, we support adult sex workers to protect themselves and their families from violence, sexual abuse and discrimination—as well as maintain full autonomy over their bodies and professions.

Learn about our work on Sexual Health and Rights

We support women, girls and LGBT people, as they organize to end discrimination, stop violence and live with dignity, safety and health.

Across the countries where AJWS works, there are millions of adults choosing to enter the profession of sex work. But despite their large numbers, sex worker communities are among the people least protected and most discriminated against on earth.

In communities where AJWS works, sex work is often sought by people facing intersecting marginalization—those who, due to their class, caste, gender, sexual orientation or race, are systematically left behind by their countries and societies at large.

Sex workers suffer the most in places where their trade is criminalized, because they are denied the same basic legal protections afforded to people in other jobs. They experience high rates of exploitation and violence, including assault, rape and murder by assailants who take advantage of sex workers’ lack of legal protection. And many people look the other way or excuse or justify this violence, because of social norms (societal messages or beliefs) that sex work is immoral.

Instead of stopping these abuses, police in many countries often make matters worse by violently raiding brothels or brutalizing and abusing sex workers who are seeking protection or wish to pursue justice. And when sex workers seek healthcare, they often experience discrimination from health workers, who sometimes refuse to provide critically-needed services like contraception or other reproductive health care.

Many sex workers struggle to help their children pursue other opportunities in life. Because of discrimination against sex workers, their children often experience mistreatment at school, ranging from bullying and assault by classmates to expulsion by administrators.

Together, all these factors perpetuate a cycle of discrimination, inequity and violence against sex workers—who simply wish to live with dignity, support their families and enjoy basic human rights.

As supporters of universal human rights, we believe that sex workers—like all people—have the right to make decisions about their own bodies; live free from violence, discrimination and other threats; and access quality medical care, housing, education and other essential services to which every person has a human right.

Respecting the self-determination of sex workers means putting their needs and priorities at the center of any interventions to support them, whether they choose to continue doing sex work and want improved working conditions or choose to pursue other livelihoods. Programs that assume that all people want to leave sex work undermine the autonomy of sex workers and delegitimize sex work as work.

Supporting organizations mobilizing to fight for sex worker rights means enabling women and LGBTQI+ people living at the intersection of racial, economic and gender inequity to seek lives of self-determination, dignity and justice.

At the core of AJWS’s support of sex workers’ rights is the Jewish value of b’tzelem Elohim, respecting the essential dignity of every person, without exception.

This is why, since 2005, AJWS has supported adult sex workers organizing to assist each other and to reduce the insecurity faced by workers in their industry, so they can live free from violence and abuse. Our grantmaking follows a rights-based approaches to reduce the risks that people working in the sex industry face. To effectively stop abuse against sex workers, experts suggest that many changes must take place—from supporting sex workers to educate each other about their rights to reforming laws that have limited sex workers’ access to safe workplaces, economic opportunities and critical services such as health care.

Today, AJWS supports 48 social change organizations fighting for the rights of sex workers. We are the fourth largest funder of advocacy by and for sex workers worldwide.

The organizations AJWS supports work to:

(Almost) Everything You Ever Wanted to Know About Sex Worker Rights

What is the difference between sex work and sex trafficking? Is sex work really a choice?

AJWS and our sex worker partners believe that sex trafficking—the use of force, fraud or coercion to make someone participate in commercial sex—is an abhorrent violation of human rights that must be stopped. AJWS supports the rights of adult sex workers, who choose to earn their income by selling sex. By definition, sex work requires consent.

Still, we recognize that many sex workers have chosen their profession from a highly limited set of economic options—and that this reflects persistent inequality present in countries around the world. Unfortunately, this harsh economic reality shapes the decisions of many kinds of laborers, not just sex workers.

Why do you support decriminalizing sex work?

We support decriminalization of sex work because research shows it has the strongest potential to reduce the risks and abuse that many sex workers’ experience.

In addition to learning from research, AJWS has also listened to sex workers and learned from their experiences. We listen carefully because we believe deeply in the Jewish value of b’tzelem Elohim, respecting the essential dignity of every person, without exception. We are also inspired by the Sh’ma, an important Jewish prayer about the imperative to listen, to pay attention to injustice and to mend the brokenness in our world.

If you decriminalize sex work, what does that mean for efforts to stop sex trafficking?

Some people hope that sex trafficking might be abolished simply by outlawing sex work, but this strategy has not yielded the intended results. Laws against selling sex, buying sex or owning a brothel do not effectively prevent sex trafficking. Evaluations of Sweden’s “end demand” policies, which target those who buy services from sex workers, have found that laws against buying sex only drive the sex industry further underground, making it much more difficult to identify and help survivors of trafficking.

Some well-intended activists who hope to abolish sex trafficking have come to the mistaken conclusion that supporting the rights of adult sex workers means supporting sex traffickers, violence and coercion. This is a misunderstanding of what sex worker rights organizations do. In fact, many of the sex worker-led organizations that AJWS supports play a critical role in combatting sex trafficking by monitoring activities in red-light districts, identifying potential trafficking survivors and offering assistance. These organizations also seek to reduce exploitation of workers in general, and provide vocational training and other assistance to those who want to leave the sex trade and pursue different work. 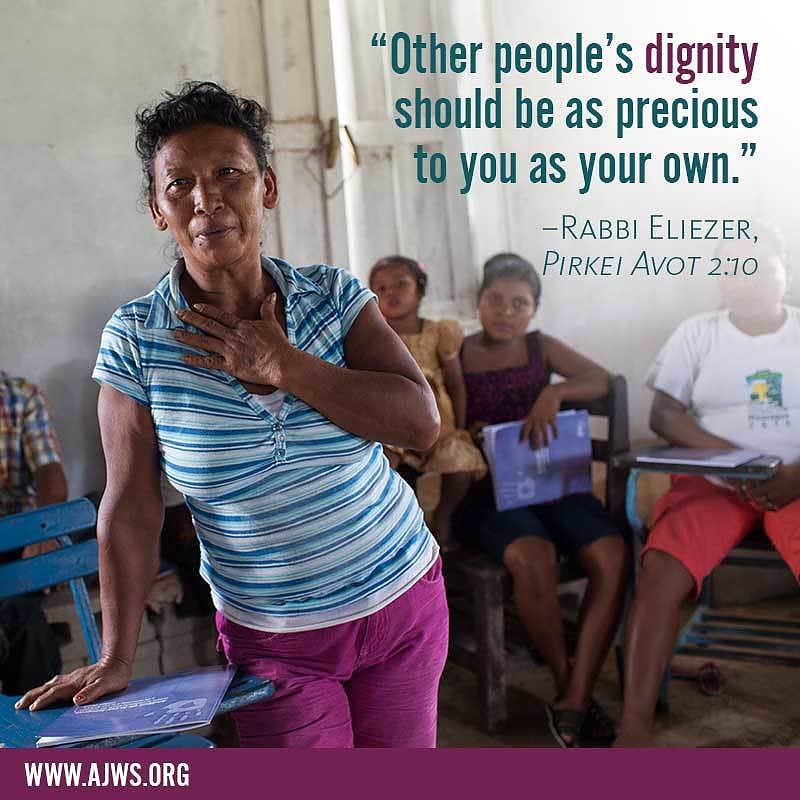 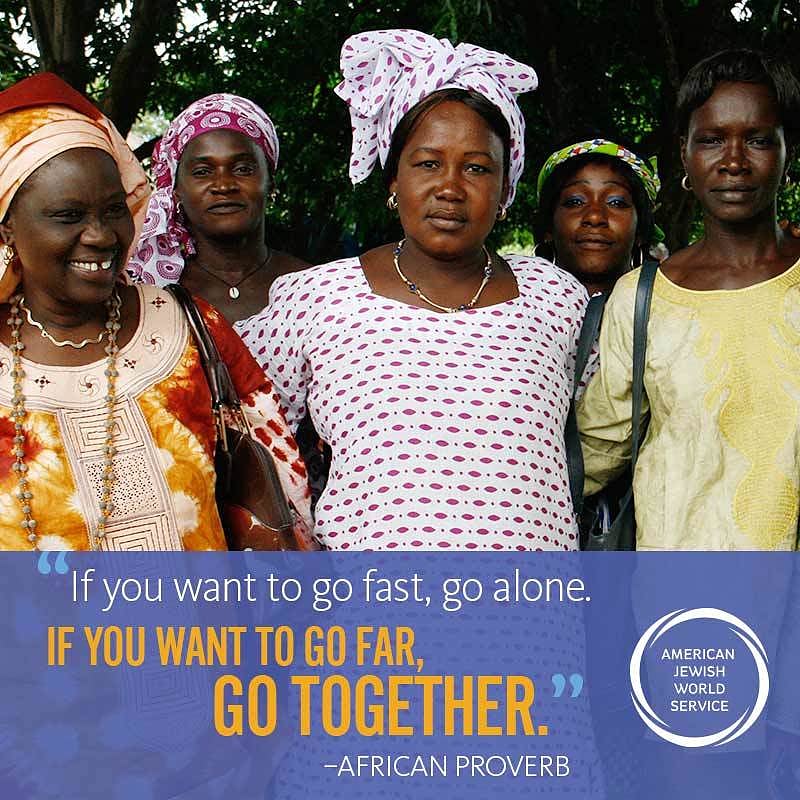 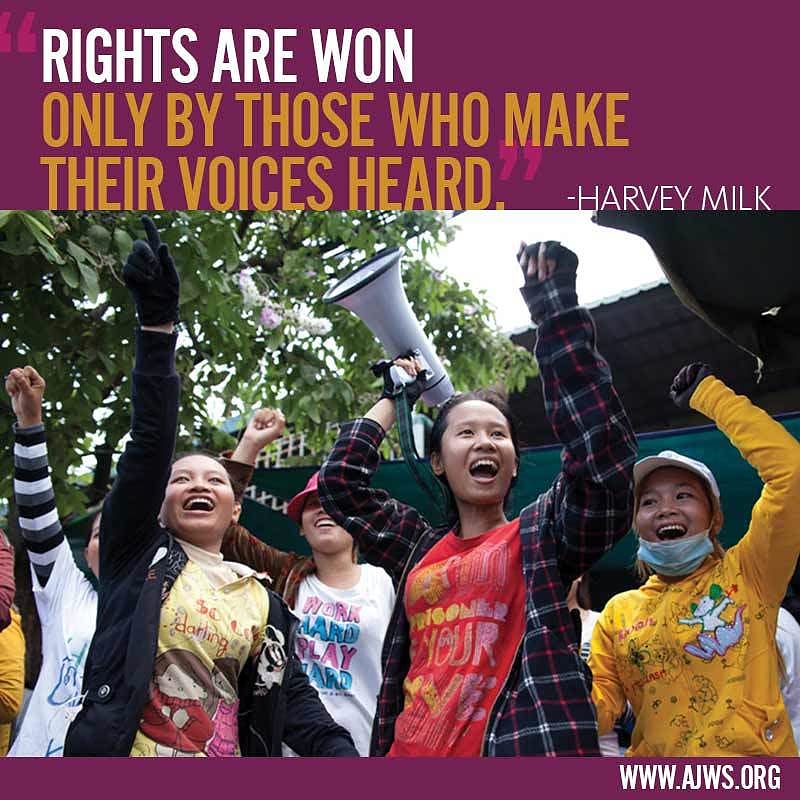