“I am deeply gratified to join AJWS to lead efforts to galvanize American Jews and other supporters of human rights to support the dignity and human rights of people suffering terrible injustices in 19 developing countries in Africa, Asia, Latin America and the Caribbean,” said Shalev, who will work out of AJWS’s office in San Francisco. “As a lifelong advocate for human rights, I am deeply committed to the work of AJWS and look forward to engaging American Jews to join global efforts to improve the lives of women, girls and LGBT people; local people in poor communities who are fighting to defend their land, air, water and work from unbridled development projects; and people affected by disasters, including the Ebola outbreak in Liberia.”

Shalev joins AJWS after nine years as Executive Director of the San Francisco Hillel Jewish Student Center, where he encouraged Jewish students to explore new entryways into Jewish life. At the start of his career in his native England, Shalev organized to end the racist system of apartheid in South Africa and advocated for the right of Jews to emigrate from the Soviet Union to other countries. In Israel, where he lived for two decades on Kibbutz Lotan, a “green” Reform Jewish community, Shalev continued to promote the rights and opportunities for Jews from the Soviet Union who had settled in Israel. He piloted a program in which Israeli collective farms, kibbutzim, provided new immigrants with an initial home and employment, as well as instruction in Hebrew and other skills necessary for integration into life in Israel.

“Alon Shalev has spent his entire life fighting for the dignity of people under attack, including blacks in apartheid South Africa and Jews in the Soviet Union, making him an ideal leader to galvanize American Jews to join the worldwide movement to ensure the human rights and dignity of some of the most vulnerable people in some of the poorest countries in the world,” said Ruth Messinger, president of AJWS. “As Jews, we have a proud role to play in global movements for justice, and Alon understands how to motivate and mobilize Jews of every background, who share a commitment to ‘repairing the world’ or ‘tikkun olam.’”

Shalev is the author of several novels with social-justice themes, including “The Accidental Activist” and “Unwanted Heroes.” He lives in Berkeley, California with his wife, Ariela, and their two sons, Pele and Asif. 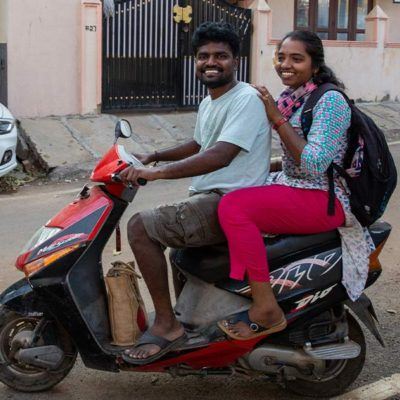