Travel with AJWS to India 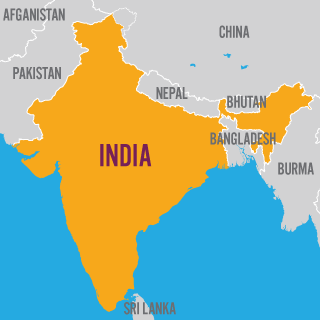 The India Study Tour is now FULL. If you would like to be added to the waitlist, please contact Neely Grobani at ngrobani@ajws.org or 212-792-2800.

Immerse yourself in the sights, sounds and tastes of southern India, a part of the country brimming with vibrant diversity, rich history, and traditional Dravidian languages and cultures. Led by AJWS President and CEO Robert Bank, you will travel from the 400-year-old walled “old city” of Hyderabad to the progressive metropolis of Bangalore—known as India’s “Silicon Valley.” Throughout the journey, you will meet many of the courageous human rights activists supported by AJWS who are striving to overcome India’s deep poverty and social inequality.

These remarkable activists are working tirelessly to defend the rights of women, LGBT people and members of the lower castes and create a bright future for all of India’s citizens—regardless of their class, gender, sexual orientation or religious identity.

Over the course of the trip, you will visit sacred ancient temples, meander through bustling street markets, engage in intimate conversation with experts on poverty and development, and examine the root causes of disparity in this complex country. Together, we will learn what we can do to support powerful changemakers in their fight for equality and dignity.

Visit inspiring youth from disadvantaged backgrounds who have become powerful activists through AJWS grantee Samvada. This next generation of leaders will share how they are mobilizing their peers to tackle deeply ingrained cultural norms in their communities that fuel child marriage, religious fundamentalism and discrimination against minorities.

Meet a group of passionate lawyers from the Alternative Law Forum who are documenting cases of discrimination and abuse against people because of their gender, sexual orientation, physical ability and class. Hear firsthand how these activist-attorneys are crafting and pursuing national support for India’s first Anti-Discrimination Bill.

Explore Nandi Temple, a 16th-century Hindu temple that was built, according to ancient legend, to appease a wild bull that was destroying crops on the fertile farmland in the area. To this day, this site draws visitors from all over the region.

Optional Extension to the Backwaters OF Kerala