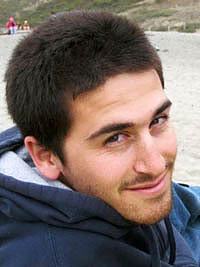 Experiences and behaviors that we define as “spiritual” tend to be of a specifically inward nature. We generally associate spirituality—admittedly, an opaque term—more with thought, soul and self than with action, materiality and society. In other words, we are more likely to identify a reclusive monk as spiritual than an outspoken politician.

The Torah provides us with many models of inward spirituality. Moses encounters God for the first time while he is alone in achar ha’midbar, the “back of the desert.”[1] He engages in numerous conversations with the Divine that take place in solitude, once even glimpsing God’s back.[2] Isaac goes off by himself to meditate in the field.[3] Jacob is “left alone” by the Yabbok River when he receives his new name, Yisrael.[4] The Torah certainly does not reject the notion of personal, inner spirituality.

Parshat Yitro, however, challenges this narrow definition. It reminds us that physical, concrete action on behalf of others is an essential component of spirituality.

God appears to the entire nation of Israel at Mt. Sinai in an awesome display of fire, smoke, lightning and shofar blasts, and with a power that makes the mountain itself tremble. Moses ascends this mountain to God. We might expect him to immerse himself in this delicious holiness atop Mt. Sinai, to tuck himself away in his own mystical experience. After all, isn’t he a deeply spiritual man? How could he resist?

However, Moses runs around tirelessly in this story—up and down the great mountain and back up again, to and fro between God and the people—in order to facilitate a conversation between the Divine and the masses. To follow Moses in this text is actually quite dizzying.

The medieval commentator Rashi also imagines that Moses might have been tempted to solitarily soak himself in his own encounter with God. Rashi comments, “Moses did not turn to his own affairs, but rather from the mountain to the people.”[5] Moses pours his energy into action, maintaining his commitment to the people throughout the revelation.

Moses serves God and the Divine cause with physical labor, with sweat, with his legs, climbing up and down the mountain. This is reminiscent of Rabbi Abraham Joshua Heschel’s words after he marched with Dr. Martin Luther King, Jr. and other civil rights activists in Selma, Alabama: “I felt my legs were praying,” he said.[6] It also recalls the nonviolent demonstrations of Burmese Buddhist monks against the oppressive military junta in 2007,[7] in which public activism was a manifestation of a deep spiritual practice.

But what about the value of inwardness? What about our need to cultivate mindfulness, depth and compassion within ourselves in order to do effective work in the world? At times it may seem that our need to pay attention to our inner lives exists in tension with the work that we must do to address the grave injustices and brokenness in our world. We may fear that we will lose ourselves if we work assiduously to address enormous global issues like poverty in Sierra Leone, genocide in Darfur and natural disasters around the world. In reality, however, our tireless activism on these issues can lead us to a greater inner spirituality.

Moses’s tireless action during the revelation scene provides us with a model of activism that concludes with heightened spirituality. He works diligently and wholeheartedly with the people for a finite period of time, and when this is finished, he has a moment of personal closeness with God. Toward the end of Parshat Yitro, the tone of the text softens to a quiet intensity as it describes Moses’s final ascent up the mountain: “The nation stood from afar, and Moses approached the dense cloud where God was.”[8] This image not only highlights his unique political role among the people, but also his unique intimacy with the Divine. As a leader and as an individual, Moses seems to appreciate the sanctity of the political and the personal, the concrete and the ineffable.

Parshat Yitro teaches us that spirituality is not limited to quiet moments of introspective reflection; rather, it often includes concrete physical action and engagement with others. In fact, when we tirelessly work to pursue justice we may find that it leads us to even greater moments of spiritual fulfillment.