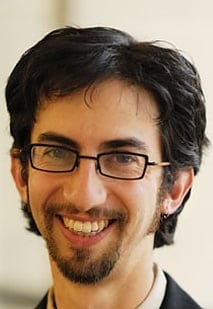 The five-year-old waved a red sports car under my nose and said, proudly, “This is my most favorite car.” I nodded and watched him set the car on the coffee table next to a line of other favorite matchbox cars. The three-year-old, seeing my enthusiastic expression, pointed at the same car. “That’s my favorite car, too!” she squeaked. The five-year-old shoved her away and, after some tussling, she retreated to the other end of the carpet, to the land of rejected cars. There she began carefully arranging her favorite cars. What amazed me, however, was that for the next 20 minutes, the five-year-old turned his attention away from his own collection and became devoted to a new task—swiping the girl’s cars and hiding them under the ottoman.

I was surprised. This was not a battle over a limited resource. There must have been 40,000 matchbox cars all over the living room. Rather, the issue was about the older child’s perceptions. For him, something, if not the cars, was in short supply.

In Parshat Vayera, Sarah’s handmaid Hagar and Hagar’s son Ishmael are provisioned with a flask of water and sent away to the desert. It’s a disturbing episode. The transgression that necessitates their banishment is unclear. According to the text, Sarah sees Ishmael “m’tzachek.”  This heinous crime, says Rashi, was either idolatry, attempted murder or some sort of sexual violence. These readings, I feel, are a stretch.

The Hebrew root of the accusatory word, tzadi-chet-kuf, means only “play.”  What is the ignominy of a mere game?  Many translations connect this word with the very name of the son of Sarah—Yitzchak—which bears the same root. Ishmael, it seems, is doing something that drills at the core of his brother’s being. Perhaps he is mocking?  More interestingly, perhaps, he is “Yitzchaking.”  He’s not behaving badly—he’s behaving well! He’s excelling. Like Abel, the first younger brother in history, he is guilty of doing better at that which his big brother Cain first attempted to do—and we know how that story ended.

Both sibling stories alert us to an ugly reality. On the one hand, people who are in positions of privilege tend to disregard, denigrate or marginalize those who are less privileged. On the other hand, when less privileged people attempt not only to advocate for their rightful share of the resources, but actually to succeed, it often makes those in the original positions of power even more defensive.

For Sarah and Yitzchak, there was a practical solution to Ishmael’s threat of competition—they could send him and his mother away. Ishmael lived out his destiny in a distant land. For us, however, confronted with people in the developing world who demand a fair share of the world’s resources, there is no far away land to which we can banish them. The disempowered do not thrive “elsewhere,” nor do they dwell apart in their own suffering. Rather, the entire human system becomes contaminated with enmity, distrust and violence. We, the privileged must realize that our destiny is bound to our brothers’. All the power, all the wealth in the coffers of the privileged cannot purchase peace in the absence of justice and equity.

For the later Hebrew prophets, peace came only through fidelity to God and through communal application of justice and righteousness to society. God is not the One who will compensate the underprivileged for their suffering, ensuring that they receive their rightful share of the blessing and bounty of the world. That job has become ours. The ethical imperative is upon us. We are, of course, bound not to perpetrate injustice against the marginalized. We are even expected to prevent violence against them. But even more so, we are bound by an imperative to share the blessing and bounty that benefit us.

Once we acknowledge this, we come a step closer to the root of Sarah’s misdirected actions. Perhaps they are borne not out of ill will, but out of a fundamental misperception. She could not see that God’s blessing is, itself, an unlimited resource. Like the children’s matchbox cars, so numerous I couldn’t walk across the room without stepping on one, God has enough blessing for both children.

In this economy of plenty, Ishmael should no longer need to compete with Yitzchak—to be m’tzachek—by imitating and threatening to beat his brother at his own game. Nor will Ishmael’s success seem so threatening to Sarah that he and his mother must be banished. In a home, and a world, with One Chosen Child, there must be an unchosen child. In a world of plenty, there is enough space, enough love, for both children.

For me and my young friends, the morning’s matchbox car altercation ended not with mutual destruction or with bitter tears, but rather with the discovery that the truly precious resource was not the cars, per se, but the feeling of having something precious. Fortunately, love is not a limited commodity. Learning this, we left the heap of cars forgotten on the floor. We sat together on the sofa reading a book, giggling and shouting at the silly amphibians, the best friends who couldn’t get along.