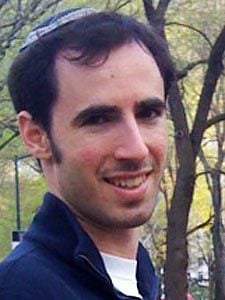 Much of the double portion of Tazria-Metzora deals with the laws governing tzara’at, an enigmatic affliction which takes the form of a skin disease in people, but which can also afflict clothing and houses. Due to its symptoms of skin discoloration and the requirement that the victim be quarantined, tzara’at has often been mistakenly identified as leprosy. However, it is not caused by infection or a biological imbalance; rather, it is the physical but supernatural manifestation of an individual’s spiritual malaise.

Tzara’at of the body is traditionally understood to be a consequence of lashon hara, evil speech.[1] One who is diagnosed with tzara’at is shamed and sequestered from the camp until after the affliction has subsided. This period allows the metzora—someone afflicted with tzara’at, to shed the ritual impurity associated with the condition, and to experience the some of the pain and isolation that his slander brought about in others.

The phenomenon of nigai batim—the tzara’at affliction of houses, is less well known and does not appear anywhere else in the Bible. Some claim that it is just theoretical; at least one sage states that it “never was and never will be,” and that it was written in the Torah only that we may “expound upon it and receive a reward.”[2] Elsewhere, the Talmud treats it as a real-world halachic case, expounding on the procedure, described in Parashat Metzora, wherein a house that is suspected of showing tzara’at must be emptied of its contents before it is examined by a priest.

The technical reason given for evacuating one’s possessions is that once a priest declares the house to have tzara’at, the contents of the house become tamei, ritually impure. Yet the sages also suggest a more homiletic explanation: publicly emptying a home with nigai batim fits the crime that caused the affliction. They posit that nigai batim is caused when the owners of the house refuse to lend a tool, instead, claiming that they do not own such an instrument.[3] The tzara’at then forces the unwilling lenders to publicly display their possessions, exposing their deceit and shaming them for their refusal to share resources with the community.

Unlike the Talmudic archetype, most of us would not deny owning a shovel if our neighbor asked to borrow one. There may, however, be occasions when we decline the opportunity to share what is ours—our time and money—with others. Of course, there are a multitude of reasons why someone would refuse to share his resources with the community, from plain spite to not wanting to assist others whom one views as competition.

Perhaps the most prevalent reason for withholding resources, however, does not arise out of nefarious motives, but of an internalization of the claim of the unwilling lender. When asked to share one of his possessions with someone else, our Talmudic protagonist replies “ein li—I don’t have it.”[4] How often are we asked to contribute something for the benefit of others and our response is ein li? Perhaps we find ourselves thinking, “I would volunteer but I don’t feel I have the time. I would make a substantive gift to a cause I believe in but I don’t feel I have the money right now.” When we perceive that our ability to help is limited, it is unlikely that we will ever act on our admittedly good intentions.

Many of us come up with all kinds of reasons why we don’t share more of our monetary resources as tzedakah or spend more of our time volunteering. To be sure, there are those individuals who are stretched to the limit and lack the capacity to give. Many of us, however, are fortunate enough to be able to allocate significant portions of our time and money to discretionary activities. In fact, often the reason we can’t give more tzedakah has to do with an attachment to possessions that we think we need, but are actually unnecessary expressions of status.

In the Talmudic text, the affliction of nigai batim comes to remind people to share their possessions with others. It even goes further in that it exposes the very resources which were alleged to be unavailable. In today’s world we don’t have a feedback mechanism like tzara’at to either reveal or punish us for our hesitancy to give. We can nevertheless choose to take stock of our resources and how we allocate them, a process which should be continual rather than limited to allocating tax-deductible donations at the end of the financial year.

Ramban posits that tzara’at only occurred when the Israelites dwelled in their own land and conducted themselves according to God’s wishes.[5] Although the affliction indicated a spiritual flaw in particular individuals, the occurrence of such a direct mechanism of feedback indicated an intimacy between the Divine presence and the community. It may seem strange to view occurrences of skin disease or decaying houses as representing a kind of holiness. Nonetheless, the absence of tzara’at today means that we must take more responsibility to monitor our own behavior and enforce the high standards for how we interact with and share our resources with other people.