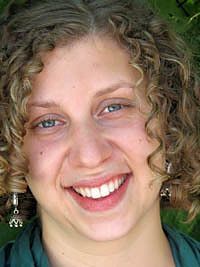 The episode of the twelve spies sent to scout the Land of Canaan leaves the generation of recently-freed Israelites farther away from the Promised Land than they have ever been. The Israelites believe the report of ten of the spies that the Land is filled with giants against whom they could not prevail. God punishes them severely for this demonstration of lack of faith, telling them, in no uncertain terms, that they will never enter the Promised Land: “Your children shall wander in the desert for forty years and bear your defection until the last of your corpses has fallen in the desert.”[1] The news of this devastating detour throws the community into mourning and panic.

In movements for social change, we often experience such demoralizing setbacks: The champion of our bill loses reelection. Civil liberties it took decades to win are eroded instantly by a single court decision. A visionary leader is assassinated.

Such a setback was experienced by the campaign to stop the Narmada River Dam Project in central India—a highly contested megaproject consisting of 30 hydroelectric dams that threatened the lives and livelihoods of hundreds of thousands of Indians living along the Narmada River.

This project, funded by The World Bank, attracted tremendous criticism by environmentalists and by advocates of the large numbers of people who would be displaced by rising river waters upstream. A grassroots movement formed to halt the dam, organized by the NGO Narmada Bachao Andolan.

The movement’s actions led to an unprecedented reversal, and the Bank’s participation in the project was cancelled in 1995. Writer and activist Arundhati Roy describes the magnitude of this grassroots victory: “No one has ever managed to make The World Bank step back from a project before. Least of all a rag-tag army of the poorest people in one of the world’s poorest countries.”[2]

But the triumph did not last long. Almost as soon as The World Bank withdrew support, the Indian government declared that it would pursue the project on its own, claiming that the benefits of the dam —irrigation, drinking water and electricity—outweigh communities’ concerns. As suddenly as the villagers had glimpsed their “promised land” of a dam-free future, it disappeared from sight.

When we suffer such shattering of hopes in our own pursuit of social justice, how can we move on to accomplish our goals? Parshat Shlach—in the discussion that follows the setback of the spies—suggests an answer. Immediately after telling the people that their generation will not enter the Land, God launches into a series of instructions beginning with: “When you arrive in the Land of your dwelling place, which I am giving you […]”[3]

This directive seems cruel at first, forcing the people to listen to rules for life in a land that they will never get to inhabit. Yet the commentators suggest that God is helping them to focus beyond their setback. Rashi explains, “God informed them that they would enter the Land,” meaning they are being assured that it will happen eventually for the Israelites as a people, if not for them individually. [4] Ramban claims God has shifted God’s audience and is speaking to the next generation, assuring them of their destiny.[5] The message seems to be that in the face of failure and defeat, one should not lose sight of the ultimate goal.

The Narmada Dam movement has done just that. In fact, it has expanded its mission, not just to include stopping the dam, but also to encompass the creation of a just society. Arundhati Roy explains, “[this] fight over the fate of a river valley… began to raise doubts about an entire political system. What is at issue now is the very nature of our democracy. Who owns this land? Who owns its rivers? Its forests? Its fish?”[6]

Perhaps the endurance of the movement to save the communities of the Narmada River is rooted in its scale of vision. Like the Israelites, we are so often unable to have faith that another reality is possible, and it is that lack of vision that sends us wandering in the desert. It is Roy again who reminds us of the attainability of our dreams. She says, “Another world is not only possible, she is on her way. On a quiet day, I can hear her breathing.”[7] Let us listen for the coming of another world and work to hasten its arrival.