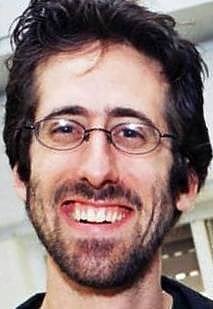 Jewish tradition is famously ambivalent about Noah. While Noah is praised in our parashah as “a righteous man; blameless in his age” who “walked with God,”[1] midrash complicates our understanding. According to Rabbi Judah, Noah was precisely blameless “in his age,” but had he lived in future generations, he would not have been considered righteous.[2] Similarly, while Noah “walked with God,” midrash suggests that this designation is lesser than that of Abraham, who “walked before God.”[3] What then is Noah’s failing and wherein lies the distinction between his character and Abraham’s?

Immediately after being introduced to Noah and told of his righteousness we are informed:

God sees evil prevalent in the world and decides to purge it and start again from one righteous individual. He informs Noah of his plans and Noah faithfully accedes, immediately constructing the ark. Noah is obedient, but surprisingly unperturbed by the destruction of all life. His behavior is, of course, in stark contrast to Abraham. When Abraham is informed by God of God’s intention to destroy Sodom and Gomorrah, he asks “Will You sweep away the innocent along with the guilty?” bargaining for the opportunity to save the lives of the denizens of those towns.[5]

We see here the fundamental distinction between Noah and Abraham. Noah is obedient, he walks with God, but he makes no attempt to intervene; he simply saves himself from destruction. Abraham, on the other hand, acts to transform the situation. Though humble, Abraham is not content to merely be led. He confronts God, challenges the decree and insists on involvement. Indeed, Abraham is active and involved from the beginning, converting the citizens of Haran to the one God.[6] While Noah provides rescue and disaster relief, Abraham is involved in the long hard work of reconstruction and transformation. And we identify ourselves, of course, as the descendants of Abraham, not of Noah. It is Abraham who is our model and aspiration.

But the distinction between the stories is not solely one of human behavior—in fact, the God with whom Noah and Abraham interact is essentially different.[7] When God sees the corruption of the world in Parashat Noach, God simply decides to “to put an end to all flesh” and acts accordingly. Yet before God destroys Sodom, we are told the following:

Now the LORD had said, “Shall I hide from Abraham what I am about to do…? For I have singled him out, that he may instruct his children and his posterity to keep the way of the LORD by doing what is just and right, in order that the LORD may bring about for Abraham what He has promised him.” Then the LORD said, “The outrage of Sodom and Gomorrah is so great, and their sin so grave! I will go down to see whether they have acted altogether according to the outcry that has reached Me…Abraham came forward and said, “Will You sweep away the innocent along with the guilty? What if there should be 50 innocent within the city; will You then wipe out the place and not forgive it for the sake of the innocent 50 who are in it?”[8]

God reaches out to Abraham and involves him in decision-making. Bereishit Rabbah compares this episode to one in which a King refuses to make a judgment without his most beloved counselor.[9] The God of Abraham is not the God of Noah. God has matured and now understands the need to involve humanity in the operation of the world. This, in turn, has allowed for a maturation in humanity, embodied in Abraham who is able to engage critically in such decisions.

Indeed, Rabbi Judah describes the difference between Noah’s walking with God and Abraham’s walking before God as the difference between a King (God) who invites his lost friend to walk with him (Noah) and a King who himself is lost and whose friend (Abraham) is invited to walk in front of him and light the way, implying God’s recognition of the need for human aid.[10] The God of Noah and the God of Abraham are then radically different. The God of Abraham recognizes the importance of human involvement and perhaps the limits of divine omniscience.

Yet, it is not simply divine maturation which enables this new relationship. Ultimately, these texts suggest that the transformation of God and humanity is a dynamic process, with each making the other possible. It is Abraham’s readiness to act, his courage and his initiative that enable God to enter into a new kind of divine-human relationship.

We, as individuals, inhabit both poles of this relationship. When we are in positions of power, we must learn from the example set by the mature, Abrahamic God. In such cases it is our responsibility to genuinely engage with those most affected by our decisions and those whose perspectives differ from ours, as God consulted Abraham in deciding the fate of Sodom.

At other times we must follow Abraham’s example, challenging those in power and reminding them of their values. In either case, whether we are emulating Abraham or the God of Abraham, we must recognize that our own transformation is wrapped up in our interlocutor’s, that maturation is mutual and dynamic. When we approach others in the spirit of Abraham and his God, both open and challenging, we ourselves are transformed by the encounter. Whether the encounter is with community organizations in Africa, in the halls of power in Washington or in our own neighborhoods and communities, the Abrahamic encounter allows the transformation of both the self and the other, and so ultimately the world and its God.

[6] This is how midrash understands Bereshit 12:5, which speaks of Abraham and Sarah and “the persons they made in Haran.”

[7] This understanding of God’s transformation in these two instances is based on a class given by Debbie Jacobson-Maisels.