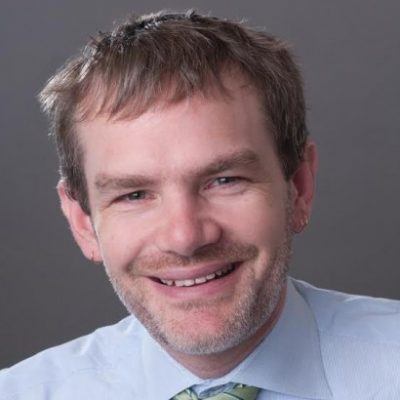 On the subway the other day, my four-year-old daughter piped up with the observation, “There are more white people than brown people on the train today.” I was immediately discomfited, looking around to see if anyone had heard and then probing to see if her comment had any valence beyond the simple truth that there were, in fact, more white people than people of color in our car. It was unsettling to recognize the deep human urge to separate and draw distinctions—and to note my own reaction of anxiety.

This urge to separate runs deep. God’s very first actions, the actions that set history into motion in the first parashah of the first book of the Bible, Bereshit, are acts of separation: God separates light from darkness, the water above from the water below, and the dry land from the seas—bringing texture and variation to what had been tohu va-vohu, “unformed and void.”[1] But God doesn’t stop there. Immediately after creating light, God looks upon it and calls it “good.” The unstated but unavoidable conclusion is clear: Light is good, but darkness is less good. Hard-wired into the most proto of our proto-texts is the notion that with separation comes, inevitably, elevation of one and denigration of the other.

It is said that Genesis is a book about origins: “the origins of humankind, the origins of Israel, and the origins of the unique relationship between God and a particular people.”[2] What if embedded in the DNA of our origin story is categorization and hierarchy, as well?

Separation with hierarchy courses through the Jewish narrative and Jewish liturgy. Ata bechartanu, we recite during holiday prayers: “You have chosen us from all the peoples; You loved us and found favor in us; You exalted us above all the tongues and sanctified us with Your commandments.” Every Shabbat we sing in the Kiddush, Ki vanu vacharta, “Because you have chosen us, and you have sanctified us, from among all the nations.”

Perhaps separation is a fundamentally human act—inevitably elevating some and denigrating others. As anthropologist Mary Douglas writes in Purity and Danger, there is a need for “a systemic ordering and classification of matter, in so far as ordering involves rejecting inappropriate elements.” Once we start to categorize and systematize, maybe we are compelled to degrade things that complicate the systems we’ve created.

Indeed, our own Supreme Court keyed into this fundamental inclination, declaring in Brown v. Board of Education that “the policy of separating the races is usually interpreted as denoting the inferiority of the negro group… in the field of public education, the doctrine of ‘separate but equal’ has no place.”[3] According to the Court in this case, the very act of separating creates inherent inequality even if the tangible circumstances of the two groups are equivalent.

So what’s the tikkun, or remedy, to this seemingly inevitable tendency? How do we recognize—and even celebrate—the diversity and distinctiveness among human beings without falling into the evaluative trap? Can we reclaim the child-like ability to acknowledge the differences amongst us without superimposing value judgments on them?

Our parashah offers a helpful counterbalance. In the days following that first act of creation, God looks upon the whole of each day’s work—both the water above and the water below, the sea and the dry land—and says about it all, “It is good.” While the earlier elevation of light over darkness may reflect our hard-wired instinct to separate and create hierarchies, perhaps God here is modeling a capacity to observe distinctions without valuing some over others; God sees all that has been divided as good.

Thinking of my four-year-old and her capacity to observe without judgment, I wonder if the task for us in the year 5775 is to hone our skills of perception and inquiry and to disentangle them from the urge to judge and evaluate. Indeed, here is to a year of watching, listening, asking and engaging. By embracing our differences as God finds goodness in the diversity of creation, may we, too, recognize that “it is good.” Shana tova.