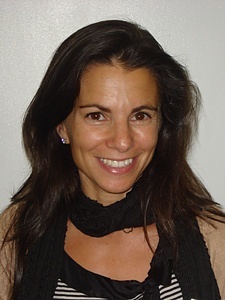 In his eponymously named parasha Balak, the king of Moab hires a powerful prophet named Balaam to curse the Israelites as they cross Moabite land. Nathalie Rubens astutely points out in her 2015 Dvar Tzedek that Balak’s loathing of the children of Israel seems to arise out of his fear and disgust of these newcomers. She explains, “We can draw a powerful parallel between Balak’s hatred of the Israelites and how societies domestically and abroad have persisted in viewing the LGBT community as a menace, using discriminatory and often violent means of subjugating them.”

This impulse, she points out, is endemic to our human relations. “This idea of wanting to curse or suppress people different than ourselves is exhibited throughout the world today. In fact, it seems to be a universal condition of humans to discriminate against those who are different, and to perceive the others’ existence to be a threat, despite there being no manifested aggression.”

Balaam curses the Israelites three times. The first two times it is God who changes his curse to a blessing. The third time Balaam chooses to bless the Israelites on his own accord. This transformation occurs when he is finally able to see what is really in front of him. “Balaam raised his eyes and saw Israel, … and God’s spirit came on him.”

Pen Nol and Chhon Nhoeng are a lesbian couple who live together on their farm in rural Cambodia. They are members of Rainbow Community Kampuchea (RoCK), a Phnom Phen-based LGBT advocacy organization supported by AJWS. They describe how working with RoCK to educate their village has shifted how they are seen in their village. “They look down on us,” Nhoeng said of some people in the province. “They want to rape us and hate us.” Nol’s family even hired a witchdoctor to try to split the couple up, and Nol once fended off an attempted rape by a man who thought he could change her sexual orientation. In recent years, the couple has worked with RoCK to educate people in their village. Most local residents, they report, seem to accept them now.

As Rubens reminds us, this process of awakening others to injustice is required for achieving all social transformation. “Attaining a shift in outlook does not occur overnight, particularly when the prejudice is state-sanctioned or deeply entrenched in society. But change is possible. When it occurs it is often an evolutionary process, as in the tale of Balaam, characterized by a willingness to repeatedly re-examine one’s views and instincts from multiple perspectives.” Learn more about the work of RoCK in Cambodia, and read below for more of Nathalie Ruben’s drash on transformation from fear to acceptance.

This week’s parasha, Balak, relates the evolution of Balaam, a magician dispatched by the king of the Moabites to curse the Israelites. This parable gives profound insight into how we can overcome our sometimes narrow-minded view of the world by eroding often deeply ingrained preconceptions of other communities. It also sheds light on the tug-of-war inside each one of us between our inner moral compass, on the one side, and societal pressure to uphold the dictates of commonly accepted perspectives, on the other.

In an interesting twist of narrative perspective, the Israelites are the object rather than the main character of this particular story line, which is told from the point of view of the people of Moab. Balak, king of the Moabites, sends Balaam to curse the Israelites, whom Balak deems a threat to his nation. At first, God warns Balaam not to curse the Jewish people, but subsequently God allows him to go ahead. God warns Balaam that He will dictate what emerges from the magician’s lips: “just the thing I shall speak to you, you shall do just that.”[1]

The prophet sets forth to conduct his mission, but on his way, Balaam’s intentions are undermined by his donkey, who refuses to move forward when her path is obstructed by an angel of God. After a bit of dialogue between Balaam and—surprisingly—his donkey, Balaam returns to Balak, who takes him to three different vantage points overlooking the Israelite encampment. Balaam tries to curse the Israelites, but the first two times he tries, a blessing emerges from his lips, per God’s warning, despite his intention to curse.

On the third try, we see a change in Balaam. When he utters his benediction, the pronouncement appears to come directly from his heart: “And Balaam saw that it was good in God’s eyes to bless Israel […], and Balaam raised his eyes and saw Israel, tenting according to its tribes, and God’s spirit came on him.”[2] Balaam develops in this story from one dead-set on cursing the Israelites to one whose eyes and heart are eventually opened to bless them.

This idea of wanting to curse or suppress people different than ourselves is exhibited throughout the world today. In fact, it seems to be a universal condition of humans to discriminate against those who are different, and to perceive the others’ existence to be a threat, despite there being no manifested aggression.

In Parashat Balak, there is only a vague rationale for King Balak’s misgivings toward the Israelites. It says: “And Moab was very fearful because of the people because it was numerous, and Moab felt a disgust at the children of Israel.”[3] The text does not indicate that the Israelites had done anything to inspire this disgust, and certainly not warrant a curse, other than being a large group new to the area.

Moreover, no one spoke up to refute the king’s desire to curse the nation. Like Balaam, who went along with this plan even though he, too, had no reason to hate the Israelites, many people who are bystanders to the abounding social injustices perpetrated against minority communities today close their eyes and don’t speak up, often because it is easier to go along with the common thinking than to embrace a different or opposing perspective.

Coincidentally, we read Parashat Balak every year at a time when many cities across the globe have just celebrated LGBT Pride festivals, taking a positive stance against this very type of discrimination. We can draw a powerful parallel between Balak’s hatred of the Israelites and how societies domestically and abroad have persisted in viewing the LGBT community as a menace, using discriminatory and often violent means of subjugating them. While more progressive societies are beginning to open their minds to differences in sexual orientation and gender identity, the ripples of change are still not reaching very far. There are close to 80 countries, or almost one-third of the world, where homosexuality is illegal, including 10 countries where it is punishable by death.[4]

Attaining a shift in outlook does not occur overnight, particularly when the prejudice is state-sanctioned or deeply entrenched in society. But change is possible. When it occurs it is often an evolutionary process, as in the tale of Balaam, characterized by a willingness to repeatedly re-examine one’s views and instincts from multiple perspectives.

At the beginning of Balaam’s mission, he stubbornly and steadfastly embraces the Moabite king’s order to curse the Israelites, proceeding despite God’s objection. As Balaam proceeds forth he expresses this determination through violence: he becomes frustrated with his donkey for obstructing his ability to fulfill his mission and strikes the animal three times. But then “God uncovered Balaam’s eyes, and he saw the angel of God stranding up in the road.”[5] Here, perhaps, marks the first step of Balaam’s evolution—the first sign that his eyes are starting to open and that he is beginning to follow his inner moral compass when he sees God’s messenger. Even after seeing this vision, Balaam is still “forced” by God’s hand to bless the Israelites. But after looking down on the people from three vantage points, on the third try, at the top of Peor overlooking Jeshimon, Balaam is moved to bless the people of his own volition, representing the completion of this evolution and the achievement of a genuine shift in his beliefs.

In its work throughout the world to promote the rights of LGBT people and others, AJWS works to bring about such shifts in thinking by working to change discriminatory perspectives, behavior and laws. We can each play a role in this quest to change societal perspectives by opening our eyes and challenging others to open theirs as well, to value every individual as made in the image of God, thus fostering righteousness and understanding in our world.