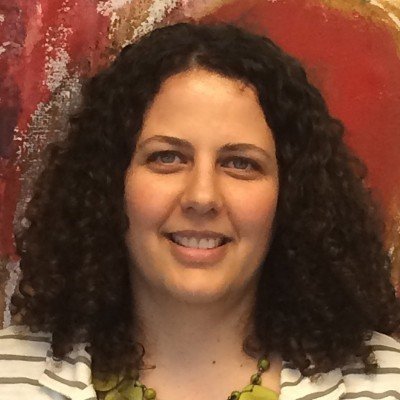 Last week, the Senate Foreign Relations Committee released a report on the state of play regarding relief and reconstruction efforts in Haiti. It doesn’t paint a pretty picture. One of the report’s major findings is that the various donor governments are having trouble agreeing on a unified set of priorities and plans, in part due to a lack of leadership on the part of the Haitian government.

To my mind, this points to one of the problems underlying the Haiti effort since the beginning: an over-reliance on consulting primarily — and frequently exclusively-with the Haitian government on relief and reconstruction efforts. The U.S. government hopes that it can push President Preval to take on a different level and type of leadership, and I hope so too. But equally important are following the three recommendations based on what AJWS has repeatedly heard from our partners in Haiti:

1) Engage Haitian Civil Society. The report’s assertion that the Preval Administration can’t get its act together is one of the best arguments for putting serious effort into truly involving Haitian civil society — particularly affected sectors and populations — in the reconstruction process. It’s not good enough to assume that the Haitian government is serving as proxies for these groups.  Witness the recent debacle regarding the donation of seeds by Monsanto, which by all accounts was approved by the Haitian Ministry of Agriculture without input from prominent rural development and campesino groups. The result? More than 10,000 Haitians farmers marched in protest and promised to burn the seeds.The fact that Haitian farmers are mobilizing against a seed donation that the Ministry approved is a serious indicator of how little the government is involving civil society in its planning process. Yes, the government has an important role to play — but it should be clear to everyone by now that without sustained, robust and empowering engagement with Haitian civil society, it’s unclear how it can play that role appropriately or effectively.

2) Decentralize Aid Resources from Port-au-Prince. AJWS partners in Haiti report (and high-level meetings with UNDP and other officials confirm) that aid is not getting outside of Port-au-Prince. Yes, the area is the one most heavily affected by the earthquake — which is why more than half a million Haitians fled the city to other, more rural parts of the country. Unfortunately, the failure of aid resources and projects to help this displaced population is causing a reverse migration back to the city — with serious short- and long-term consequences. In the short term, this compounds shelter, water, sanitation and security issues in the city. Over the long term, it will recreate the situation of massive over-crowding and unsafe infrastructure that significantly amplified the devastating impact of the earthquake in the first place.

3) Create Jobs Through Local Procurement. A fascinating poll commissioned by Oxfam found that the biggest priority for Haitians is not food, water or shelter, but jobs. There is certainly plenty of work to do. Many projects should be employing Haitians right now. U.S. and other donor money should prioritize local procurement by partnering with Haitian goods and services providers  — or at a minimum, should ensure that international contractors use local labor. Such a shift in policy will spur economic development and help break the vicious cycle of poverty and aid dependency in which Haiti was caught long before January 12.There is plenty to do in Haiti; Haitian companies and workers are willing and able to do it if we give them the chance.

Which brings me to the real question  — what can the U.S. do to support real change in Haiti?

For starters, the Obama administration and Congress should lead by example in ensuring serious and ongoing consultation with Haitian civil society. By relying too much on the Preval government and too little on Haitian civil society voices, we set ourselves up for failure. Instead, the U.S. should use its influence to ensure that there is no Congressional hearing, donor forum or high-level aid coordination meeting at which key Haitian civil society leaders representing affected populations and sectors are not present.

Secondly, the U.S. Senate should pass S. 3317, the Haiti Empowerment, Assistance and Rebuilding (HEAR) Act, introduced by Senators John Kerry (D-MA) and Robert Corker (R-TN). This bill provides a clear framework and set of priorities for U.S. aid in Haiti based on development principles that we know work. Among other things, the bill focuses on long-term development goals as well as short-term needs, supports engagement with Haitian civil society and affected populations in the design and implementation of rebuilding, and encourages local procurement. The HEAR Act also makes U.S. aid to Haiti transparent, by creating reporting mechanisms to help taxpayers be sure that our government is doing its part to build the country back better in ways that reflect Haiti’s actual needs.

We all want to help Haiti recover from disaster — to do so effectively, we must listen to and work with the Haitian people. Tell your senators that you want U.S. aid to help build Haiti back better by passing the HEAR Act today.