Home  AJWS Blog  Standing with the Rohingya and the Call of Genesis 18:23

Standing with the Rohingya and the Call of Genesis 18:23 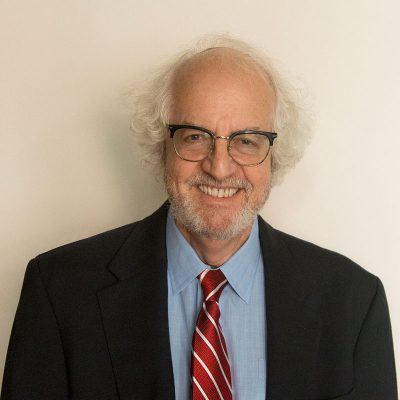 This week’s Torah portion, known by its first word “Vayyera,” or, “And (God) appeared,” is unusually rich in developing the character of our ancestors Abraham and Sarah, and the nature of our relationship with God. Early in the Torah, some 19 verses into Genesis Chapter 18, God expresses that because there is to be a special dimension of righteousness and justice to that relationship, He must reveal to Abraham his plans for the evil and sinful twin cities of Sodom and Gomorrah. After sharing these intentions, the men (Divine messengers) who had come to Abraham and Sarah’s tent (to deliver the unlikely news of Sarah’s approaching pregnancy) go directly to Sodom, whereas Abraham stayed behind “standing before” God. Seemingly with no hesitation, Abraham “draws near” and protests, quite directly:

Alas, Abraham respectfully negotiates down to ten, but it seems that God’s assessment could not even identify that minimal number of innocents in the doomed cities.

An astounding story in many ways. Contrasted with Noah, who does not seem to have advocated on behalf of the entire earth (though he saves representatives in his ark), Abraham lobbies mightily, persistently, and courageously on behalf of two thoroughly corrupt cities! Whereas it is true that Abraham’s relatives, Lot and his family, are in Sodom, we are, nonetheless, stunned by this overriding commitment to save any innocent life and preserve justice. Perhaps Abraham’s audacious advocacy before the Almighty is, indeed, the birth of Judaism’s resolute and eternal obligation and unambiguous call to actively pursue justice.

In light of this profound and provocative narrative, the Jewish Rohingya Justice Network and the Jewish Alliance of Concern Over Burma are stepping up to the authorities of Bangladesh and Myanmar on behalf of the millions of severely threatened, extremely vulnerable, and horrendously persecuted Rohingya. Recently, the Bangladeshi government began an effort to make good on its extremely troubling and gravely dangerous plan to relocate many thousands of Rohingya refugees to Bhasan Char, a remote island in the Bay of Bengal, which is prone to extreme flooding and cyclones, hours by boat from the Bangladeshi mainland. Sea conditions will effectively strand any residents during the annual monsoon period, there is little or no healthcare or education available, and the island supports neither agricultural nor commercial activity. A new arena of isolation, dehumanization, suffering, and death for the Rohingya,

We know what the Children of Abraham are to do. If Abraham can challenge the Almighty for the sake of two evil cities, we must certainly and wholeheartedly speak truth to power – whether Burmese, Bangladeshi, American, international – everyone – on behalf of the Rohingya. The overwhelming masses of more than 740,000 who have been encamped in desperately overcrowded Cox’s Bazar in Bangladesh are innocent civilians, eager to return to their homes if their safety, dignity, human rights, and opportunities to be full citizens are restored.

We return to the Torah portion of Vayyera this year sharply attuned to its moral demands on us, and we call upon the leaders of Bangladesh, Myanmar, China, the United States, the United Nations, and all parties to actively prevent the genocide of the Rohingya minority of Myanmar. In our partnership with the Divine, this is our compelling obligation and incontrovertible legacy.

You can be a part of the Jewish response to this genocide. Add your name here.

This d’var Torah was written for the Jewish Rohingya Justice Network and JACOB.

Rabbi Simkha Y. Weintraub, LCSW is the founder of JACOB: Jewish Alliance of Concern Over Burma, and is now organizing, with rabbis across the country, an effort called ESAU: Every Synagogue/School Advocating for the Uighurs. He is a rabbi and social worker who works with people who are facing serious illness, bereaved, and survivors of trauma at the Jewish Board.