Home  AJWS Blog  Why I'm Marching With My Daughter

Why I’m Marching With My Daughter 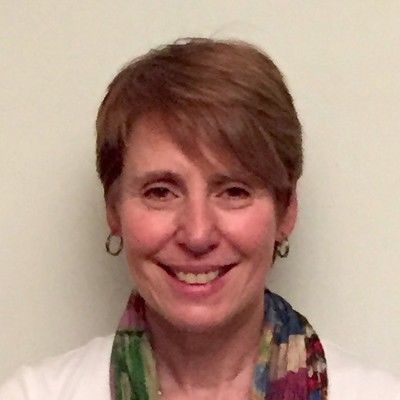 In April 2004, I traveled to DC with my then 14 year old daughter to take part in the March for Women’s Lives. It was a pro-choice march, attended by over 750,000 men and women. If the reports in the press, social media and my circle of acquaintances are any indication, tomorrow’s march in DC, and the Women’s marches in NYC and other cities around the country will be attended by many more than that. Like that day in 2004, the person I most wanted to march with was my daughter.

Why? First, the fight for justice requires a perseverance that can span generations. In 2004, it was obvious that the fight for equal rights for women was still not won. I had played a small part in a struggle that began long before I was born, when women fought for the right to vote. But as a young lawyer and mother in the 1980s, we were still working for policies that would guarantee maternity leave, affordable child care, equal pay and part-time and flexible work arrangements. I spent much time and energy on these issues, as well as on the rights of women to choose whether and when to have a child and for protections for victims of domestic violence.

But the struggle was not over in 2004 and it is not over now. The path to justice is not straight. It takes many detours and is fraught with devastating setbacks. In the US, to give one example, there have been numerous attempts to overturn Roe v. Wade and impose laws that threaten a women’s rights to make her own health decisions and to choose when and if to have a child. My daughter didn’t understand why, during that first march, some older women were waving wire hangers in the air. Thankfully, she had been born at a time when women didn’t literally risk their lives by resorting to dangerous back alley or self-induced abortions. Bringing her to the march was a chance to show her why the issue was important and to try to engage her in these issues.

The day after the election, my daughter reminded me of the other reason I had brought her with me in 2004 and why it is so important that we march today. Calling me to ask my opinion on some organizations focused on women’s health, reproductive rights and the environment to which she was donating money, she noted that, as a person living comfortably in a solidly blue city and state, her day-to-day life probably wouldn’t change after the election.

However, she was concerned about others who either did not have the benefit of her advantages or who were threatened by the promises and behavior of the President-elect while he was on the campaign trail, including undocumented immigrants, Muslim Americans and women dependent on Planned Parenthood for their primary health care.

She knew that giving money wasn’t enough (even a well-attended march wasn’t enough) but that, as the new administration started making policy, it would be incumbent on all of us to stand up, be heard and take further action on specific issues. She reminded me that, on the train back to NY from the DC march in 2004, we had discussed the need to speak out on issues that might not affect us directly and to help amplify the voices of those most affected by injustice.

Frankly, I didn’t remember the conversation, but she did. As a parent, you try to convey your values to your children, but you never know what will stick. I was especially glad that this lesson stuck because my world view has broadened a lot since I was her age, and I now spend a great deal of time supporting the rights of people who have absolutely no say in this election, but who will be profoundly affected by it—the women, girls and LGBT people in the developing world whose work AJWS supports and who fight every day for the most basic human rights, often at great risk to their safety.

As a board member of AJWS, I’ve had the privilege to travel around the world with AJWS to witness and be inspired by extraordinary human rights work led by, and for, women and girls. Whether they are fighting for the rights of girls to attend school and avoid child marriage in India, or for fair wages for garment workers in Cambodia, or against the use of rape as a weapon of war in the Democratic Republic of Congo, or for protection of the natural resources on which their livelihoods depend, they, too, stand to lose important support as a result of this election. And they will be among those most affected by the climate change our new President denies if he pulls us out of the Paris Climate agreement.

The United States, through the State Department and USAID, as well as through private groups like AJWS, has been an important source of both financial and political support for the global struggle against violence and discrimination that targets women, girls and LGBT people. The new administration may bring an abrupt halt to that. So we must protect the rights of women and LGBT communities, at home and abroad, and put the new administration and Congress on notice that we will not stand idly by if they reverse hard-won progress.

Tomorrow my daughter and I, joined by my husband (her father), her aunts and dear friends (her other mothers), will march not only for ourselves, but, under the AJWS banner, for women and girls around the world who bravely struggle against violence and discrimination each and every day. The fact that so many other mothers and daughters are also marching together gives me hope. We are an intergenerational group. And together, we’re building a better world for mothers and daughters everywhere. 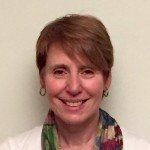 Jolie Schwab is a board member with AJWS.