It brings me great pleasure to share that Ikal Angelei, director of AJWS grantee Friends of Lake Turkana in Kenya is one of the winners of the 2012 Goldman Prize! She was awarded this prestigious prize for risking her life fighting the construction of the massive Gibe 3 Dam that would block access to water for indigenous communities around Lake Turkana. The Goldman Prize annually honors grassroots environmental heroes from Africa, Asia, Europe, Islands and Island Nations, North America, and South and Central America. The Prize recognizes individuals for sustained and significant efforts to protect and enhance the natural environment, often at great personal risk.

When Ikal Angelei learned about the Gibe 3 dam and the potentially devastating effects it would have on her community, the indigenous Turkana people of Kenya, she was outraged. The dam, currently under construction in Ethiopia, will be sub-Saharan Africa’s largest hydropower project and one of its most destructive. If completed, it will irreversibly impact the lives of half a million indigenous people living around Kenya’s Lake Turkana and along Ethiopia’s Omo River, threatening their ways of life and increasing inter-ethnic conflicts over natural resources. As one of the only women from her community to achieve higher education and return to work in the isolated Turkana region, Ikal felt an overwhelming obligation not only to inform the many indigenous groups who would be affected by the project, but to mobilize opposition to it. At the age of 28, she founded Friends of Lake Turkana (FoLT) to fight for environmental justice for Lake Turkana’s communities.

Ikal understood that FoLT would need to act quickly and at multiple levels. She began by raising awareness among the Kenyan communities that would be affected by the dam. Long marginalized by the central government, Lake Turkana’s indigenous communities contend with Kenya’s highest rates of poverty, unemployment and illiteracy. The region is geographically isolated and struggles over scarce resources have been exacerbated by the proliferation of small arms. Ikal initially focused on the western shores of the lake, an area populated predominantly by the Turkana. She sat with elders, chiefs and opinion leaders and told them about the Gibe 3 project. When the BBC created a documentary in March 2009 about the lack of transparency surrounding the Gibe 3 project, FoLT went from village to village with a generator and television and held screenings.

While raising awareness among the lake’s communities, Ikal also contacted the area’s members of parliament (MPs). She brought them together with Dr. Richard Leakey, a prominent anthropologist and founder of the Turkana Basin Institute, to educate them about the dam and encourage them to work with local leaders. In addition to lobbying MPs, FoLT has advocated to the Ministries of Environment, Energy, Water and Irrigation, and Fisheries Development to reconsider Kenya’s power-purchasing deal with Ethiopia and to protect the rights of Lake Turkana communities. When these efforts failed to yield results, FoLT filed suit in Kenya’s high court against the government and the Kenya Power and Lighting Company which had entered into the agreement with Ethiopia to purchase 500 megawatts generated by the Gibe 3 dam.

FoLT has conducted direct advocacy to the institutions considering financing the Gibe 3 dam. To the World Bank and European Investment Bank, Ikal highlighted how Ethiopia’s construction contract process—a no-bid award to Italian firm Salini Costruttori—violated international transparency rules and conflicted with the banks’ policies. Ikal filed a formal complaint to the African Development Bank arguing that the government of Ethiopia’s failure to consult with Lake Turkana communities in Kenya as well as its poor impact assessment in Ethiopia merited investigation and intervention by the bank. Five international organizations, including International Rivers, reiterated the request to the African Development Bank shortly thereafter. Ikal made the same request for investigation to the European Investment Bank.

Under Ikal’s leadership, FoLT has brought together Lake Turkana’s divided and marginalized indigenous communities, created national awareness of the Gibe 3 project and spurred widespread international efforts to halt the dam’s construction. The communities of Lake Turkana now speak with a unified voice, determined to thwart this threat to their livelihoods. MPs representing the project-affected region understand the potential harm the Gibe 3 will cause and have protested alongside Turkana communities. The campaign against the dam has captured national and international media attention, creating an international dialogue about the social and environmental impacts of the Gibe 3 and the rights of the communities that would be affected. The movement is now propelled by the voices of the lake’s indigenous communities, Kenyan lawmakers, academics and scientists, and local and international organizations.

FoLT’s advocacy to international institutions—highlighting the various risks to communities as well as Ethiopia’s lack of transparency—has doubtless affected investors’ willingness to fund the dam and prompted them to conduct their own assessments of the project’s potential impacts. The European Investment Bank, which was considering providing up to $341 million in financing for the Gibe 3, funded an independent environmental and social impact assessment for the Lake Turkana area. The bank did not disclose the results of the assessment, but announced in June 2010 that it was withdrawing support for the Gibe 3 dam.

The “Stop Gibe 3” campaign continues to grow. FoLT, together with several environmental groups, delivered a petition, with almost 400 organizational signatures, to Ethiopian embassies in France, Germany, Italy, Belgium, the U.K. and the U.S. calling on Ethiopia to suspend the project unless it receives the free and informed consent of the communities affected. Their online petition has garnered more than 15,000 individual signatures.

On a more personal level, I have had the honor to spend a good amount of time with Ikal in her community in northern Kenya.  In February, I spent three days with her – discussing FoLT’s strategy, how AJWS can best support her growing organization and visiting the communities where she works.  I spent countless hours driving through the barren desert to visit community leaders, a woman’s group in an IDP grant, and fishermen whose lives would all be hugely damaged by the Gibe 3 dam.  All of these people described to me the importance of the lake in their lives and the amazing work that FoLT was doing in their communities.  Although many of the people that we visited were living in dire poverty – I could feel that people in the communities that we visited finally felt empowered to advocate for their rights. In my mind, FoLT is a perfect example of what grassroots advocacy can accomplish. 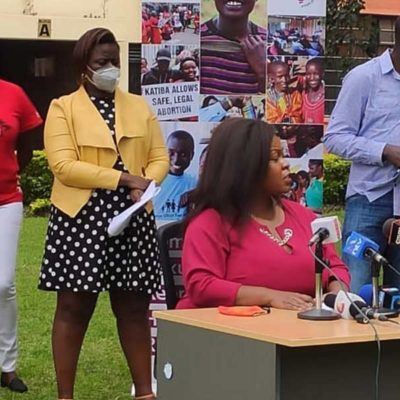