Home  AJWS Blog  The Courage to Be Themselves: Stories of Strength in a Discriminatory Society

The Courage to Be Themselves: Stories of Strength in a Discriminatory Society

During Pride Month, AJWS celebrates two members of grantee RevASA, a Dominican organization that upholds the rights of lesbian women, gay men, bisexual people and transgender people. Click below for their stories of coming out and leading the fight to win visibility and equality for their community.

When no one in Gregory Jiménez’s family would accept that he was gay, he was forced to fend for himself—when he was just 15.

His grandmother and aunt—with whom he lived after his mother died when he was an infant—passed him off to his father and brothers, who didn’t handle things any better.

“My father [wouldn’t let me] leave the house,” he said. “After school, I had to be at home, locked up, and I wasn’t allowed to have any friends. I could not have any kind of communication. … They abused me physically and verbally.”

“I realized shortly after my 15th birthday, if I stay here in this house, it will not end good,” Gregory continued, “[and] I want another kind of life for myself.”

He went to live with a romantic partner 15 years his senior, whom he did not love but supported him for two years while he continued school. “I told myself, ‘I don’t need love now,’” Gregory explained. “‘I need somebody who helps me and supports me. I’m going to study, one way or another.’ [Without his help], I would have ended up in the streets selling drugs.”

Two years after he left, his mother’s family invited him to return home. He thought things would be different this time—but he was wrong. “[It] was even worse. There was more humiliation, more abuse.”

“They threatened … to kill me,” he said. “They said, ‘The maricón (a disparaging term) went away and now he’s coming back. Now he has to live by our rules; he has to feel ashamed.’ In this country, if you are a young person, if you are gay, if you don’t bring any money, you are a burden for your family.”

At 17, Gregory met and moved in with his current partner, José, who volunteered for RevASA—a Santo Domingo-based organization working with the LGBT community. Gregory attended the group’s human rights and HIV prevention workshops, marched in pride parades and started volunteering to organize activities. When he was fired from a job because his boss found out he was gay, RevASA hired him to oversee events and coordinate volunteers.

“I never want to leave RevASA,” he says now. “[It] gave me the tools to confront society and say, ‘I’m gay and I deserve respect.’ They give people the strength to be supported, and create solidarity among us.”

Indeed, the group helped Gregory, now 22, heal the rift with his family. “Now they talk to me and my partner,” he said. “[RevASA has] changed my approach. [I learned that] I can’t only want respect from [my family], but I have to respect them, as well. I invited them to be part of my life, and I showed them … what I was doing in my life and in my work. I started talking about my relationship.”

Everyone softened toward him: “They saw it was a violent act, what they did to me.”

He and José are in love. “He sees in me what nobody else saw before,” Gregory said. “He really sees me. He knows me more than I do. He always wants the best for me.”

Gregory is earning his business degree at Universidad del Caribe. He wants to support himself someday—so he may reluctantly leave RevASA to organize CrossFit competitions or weddings. But he’ll always stay involved with the group—because he wants to help youth like himself.

“When I was young, I did not have any support and had to go with this older person,” he said. “ … I was lucky to find a person who did not prostitute me or make me take drugs or whatever. … But there are a lot of youngsters who don’t have the same luck. I want to speak up [for them].”

“For me, it’s not important how society reacts. What’s important was the reaction of my family.”

That’s how Daniel Benítez, a volunteer for LGBT human rights organization RevASA, felt about coming out as gay in the Dominican Republic.

Initially, his family disappointed him.

“All my life, I knew [I was gay],” Daniel told AJWS. “I always said, if they ask me, I will tell the truth. I was 17 [when they asked] … My mother reacted a little violently—not physically, but verbally. She told me all of what society tells gay people—that this is a sin, God does not want it.

“She tried to get me to stay home,” he continued. ” … When she saw me with a girl, she always asked if she was my girlfriend.” He finally demanded she stop trying to change him, insisting, “‘I don’t like girls. I like boys.'”

Daniel got involved with gay rights activism before his family even knew about his sexual orientation. So he understood what it meant to feel accepted—and when the time came, he was armed with the tools he needed to navigate a stressful time and rebuild tenuous relationships, thanks to RevASA.

“Now, there is a big difference,” he said of his family. “They ask me about my boyfriends.”

Daniel’s brothers have joined him at RevASA’s film festivals and pride parades—and last year, his mother came to the group’s Mother’s Day celebration, which brought together 30 mothers and their gay sons.

“We gave them presents and flowers,” Daniel recalled. “We thanked them for accepting their children as they are. Many of them started crying—the mothers and the children! More the children. It was very emotional.”

Daniel isn’t sure how his father feels about his identity. “He doesn’t talk to my brothers about their girlfriends or their wives,” he explained, “so he does not talk to me about that subject, either. … It might be part of the machismo [culture]. … For men, it’s not allowed to have emotions.”

Daniel is the Volunteer Coordinator for RevASA. He organizes health promoters, who distribute condoms in the street and invite people to HIV prevention workshops. With RevASA, he has helped mobilized community members for protests, pride parades and film festivals. He has also worked to find housing for Haitian refugees fleeing anti-gay aggression and lobbied authorities to stop imprisoning LGBT people for meeting in parks.

His work is paying off: Violence and arrests of LGBT people in Santo Domingo are on the decline. And the WhatsApp group they created for reporting police aggression and LGBT community emergencies has helped the community come together during emergencies.

Daniel is also proud of RevASA’s recent photo exhibit depicting LGBT families. “When people see a gay person walking on the street or in a discotheque,” he said, “they do not put him in the context of a family. [He] has brothers and sisters and a mother and a father. We want to let the people be seen.” 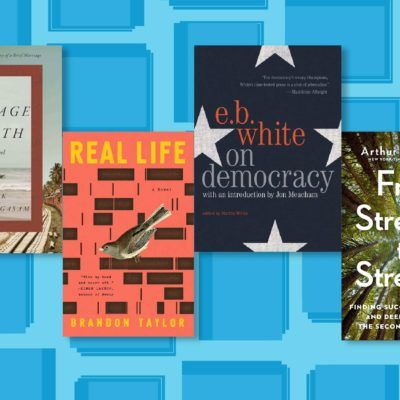