Home  AJWS Blog  The “Green Wave”: Feminists Fight for Abortion Rights in El Salvador and Beyond

The “Green Wave”: Feminists Fight for Abortion Rights in El Salvador and Beyond 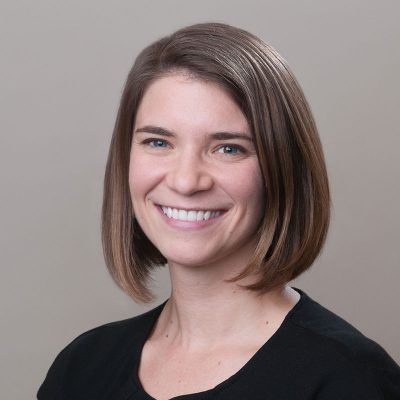 Carmen Vásquez was nine months pregnant when she felt an extreme pain in her lower back, causing her to pass out after calling for an ambulance several times. She woke up in police custody rather than a hospital and was sentenced to 30 years in prison for suffering a stillbirth.

Manuela* was also sentenced to 30 years in prison for suffering a medical emergency while pregnant and having a miscarriage. Two years into her sentence she died of cancer, which doctors had failed to diagnose after they focused only on the suspicion that she had obtained an illegal abortion.

Beatriz,* a young woman with lupus living in extreme poverty, was denied an abortion by the Supreme Court in El Salvador even though her pregnancy threatened her life and the fetus had no chance of surviving outside of the womb. After nearly three months of suffering a nonviable pregnancy, she underwent an emergency Caesarean section. The baby died several hours after the procedure, and Beatriz suffered continued health consequences from her pregnancy.

These are just three of the many cases of Salvadoran women who suffer under some of the most severe restrictions on abortion in the world. Though for several decades it was legal in some circumstances—in cases of danger to the pregnant person’s life, fetal nonviability, child abuse and rape—abortion has been completely banned since 1998. Women who obtain abortions or experience miscarriage—Salvadoran law does not officially distinguish between the two—have been sentenced to up to 40 years of jail time for murder. Doctors who know that abortion is the best or only solution for their patients are unable to provide this treatment, knowing that they will face legal repercussions from the state.

Those who live in rural areas or in poverty or those with lower levels of education suffer the most from these draconian restrictions. In San Salvador, the capital city, women with financial means can obtain a safe (if still technically illegal) abortion or travel outside of the country for abortion care. Sex education and access to contraceptives are extremely lacking in El Salvador. This is due in part to the country’s socially conservative, patriarchal culture and the Salvadoran government’s corresponding policies, creating major barriers for women getting the health care that is their human right.

But the pro-choice movement in Latin America—known for its characteristic green flags—is fighting back. One of the groups at the forefront of this movement is Red Salvadoreña de Defensoras de DDHH (Red), an organization supported by AJWS in El Salvador that fights for the rights of women and protects women human rights defenders. They are guided by this motto: “Sex education to decide, contraceptives to avoid abortion and legal abortion to avoid death.”

“Being a woman in El Salvador is very dangerous,” said Alejandra Burgos, one of the leaders at Red. “This is a conservative, misogynistic and fundamentalist environment, and we have public officials who encourage and legitimize gender-based violence.”

According to Alejandra, defending women’s rights and the rights of LGBTQI+ people in this context comes with numerous risks. Conservative groups are on a mission to scare them out of doing their work or make it so onerous as to be impossible. They spread rumors that feminist organizations like Red pay for illegal abortions and even sell fetal organs. Red has faced unduly onerous audits of their finances, forcing them to devote precious staff time just to staying open.

Extremists have identified Red members and publicized their home addresses—opening them up to harassment and threats of violence. When these threats occur, Red members have little to no legal recourse since hate crimes, including gender-based violence, are rarely prosecuted in El Salvador. To be a woman publicly doing this work is extremely dangerous.

Under the guise of cracking down on gang violence, President Bukele and his government have also restricted public activities like marches and protests and encouraged citizens to anonymously report people suspected of being associated with gangs. The result has been devastating for activists, many of whom have been wrongfully accused of gang activity anonymously by anti-feminist extremists and detained without cause. The Bukele administration targets the work of activist groups rather than supporting their work for human rights.

Across Latin America, feminist groups like Red are fighting similar fights in their countries, united under the green banner of the regional movement for abortion rights. “The green wave in Argentina filled us with so much hope,” said Alejandra, referring to the country’s historic decision to legalize abortion for any reason during the first 14 weeks of pregnancy.

Feminist groups large and small across the region are sharing organizing and advocacy strategies as well as solidarity in the face of setbacks. They echo each other’s voices and share the stories of women who are harmed by restrictive laws or who succeed in changing in their efforts to bolster women’s rights across the region.

The cases of women like Manuela* and Beatriz*, women who were jailed for miscarriage or denied life-saving abortion care, are guiding figures in the fight for abortion rights. Alejandra, speaking of the regional collective, said that “we hope that Beatriz’s case is embraced” and serves as an impetus to legalize abortion in El Salvador. Activists march with banners emblazoned with Beatriz’s name, in hopes that her tragic and unjust treatment will never repeated.

Hope for the future

There are success stories to draw hope from, even in such a challenging environment. Carmen Vásquez, the woman who was sentenced to 30 years in prison for suffering a still birth, was released after 10 years and started Mujeres Libres (“Free Women”), an organization to help women who get out of prison to rebuild their lives.

Alejandra explained that “when women are criminalized, they lose not only years of their lives in prison, but they lose their networks, their family members and relationships, they have to start over.” In the face of stigma and threats to their lives, women activists are fighting for a better future for women. Carmen has been internationally recognized for her work.

Despite the dangers she faces in her work, Alejandra is hopeful for the future: “The young feminist and trans-feminist movements are great sources of inspiration and hope. This movement goes beyond our own lives. We are not the first ones in this struggle, and we will not be the last ones.”

She has advice for Americans reeling in the wake of Roe v. Wade being overturned: “Don’t talk about the issue in abstract ways. Talk about specific situations” to help people understand how abortion bans hurt women and strip them of their dignity, autonomy and right to make decisions about their bodies.

For Alejandra, Beatriz’s case in 2013 was that specific situation that got her involved in the fight for decriminalizing abortion. “Seeing Beatriz go through this was to see the women in my life that I love: My sister, my cousin, my niece. After seeing this happen to someone, it courses through your veins. You carry it on your skin. When I think about becoming involved in women’s rights, after seeing what women go through, how could I not?”