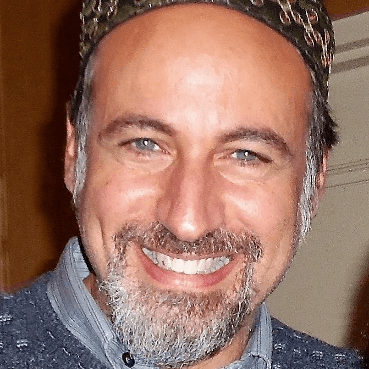 Jewish liturgy encourages us to think intergenerationally. Every day the traditional prayers proclaim “L’dor vador,” from generation to generation. And each holiday, when we recite the divine attributes (from Exodus 34:6-7), we hear God’s concern for how our actions impact the third, fourth, and even thousandth generation.

Four generations from now, or about a century, is precisely how long the carbon we emit today will continue wreaking social and ecological havoc, adversely impacting our great-great-grandchildren—whether Californian or Cambodian, Congolese or Carolinian.

Indeed, how our actions reverberate matters most around climate change, a devastating threat of our own doing. The impacts of a warming world, already being felt, are a growing part of the legacy we’re leaving for future generations. Yet we can still forestall much of this potential devastation—and spare future generations from catastrophic loss—if we take immediate steps. In addressing climate change, every little bit helps, and time is of the essence.

This starts with mitigating our harm—i.e. reducing our carbon footprint, living lightly on the Earth, polluting less, and practicing environmental stewardship. In religious environmental circles, it’s called “Creation care.” Mitigation requires personal, communal, and national commitments—we must reduce our own consumption while also enacting widespread systemic changes, like laws mandating clean energy in our cities and homes. We can also practice more simple living and improve our self-sufficiency, growing our own food and learning from Indigenous people who live close to the land and protect it for their descendants. Every reduction in greenhouse gases constitutes a step toward justice as well as sustainability.

While mitigating our harm to limit global warming is critically important, we’ve already set off swift changes to our environment. Humanity must adapt to this new reality to help communities, nations, and the global order weather climate change’s effects. From New York to Nairobi, Punjab to Petach Tikva, everyone must adapt, and many will need help doing so.

The early impacts of climate change are felt most acutely by Indigenous and rural people in the Global South, where rising sea levels, crippling droughts and catastrophic natural disasters are threatening millions of lives. These communities have contributed least to the climate crisis, yet bear its first and worst effects. They also have the fewest resources for adapting.

We’ve already emitted enough to ensure that suffering will occur. Now we must do everything in our power to slow the change, and to support sustainable solutions, to ensure the survival of vulnerable communities on the frontlines. As former presidential science advisor John Holdren notes, the question now is about ratios: Every act that lowers our and others’ carbon footprint (mitigation), and every act of sustainable development (adaptation), prevents a measure of suffering down the line. Every wise and loving step we take makes a real difference, for real people, in the foreseeable future. Those benefits may be fuzzy and far-off, but they’re 100% real.

Protecting our environment and the people who depend on it are Jewish legal and ethical imperatives. Mitigation is a mitzvah, via the halachic principle of pikuach nefesh, the command to save a life. Adaptation is an ethical imperative via hesed, or loving-kindness. Viewed in this way, we “do Jewish” when we advocate for the U.S. to keep its climate commitments, or when we make mitigation and adaptation key elements of all that we do.

So we should keep climate considerations at the fore, and take the long view. At one level, that’s just smart and strategic, allowing the good we do today to endure, and not be inundated by rising seas and declining fortunes.  But more:  it’s so consonant with Jewish values, it’s the Divine view too.

In Ex. 34:6-7 we find God’s Thirteen Attributes, recited at every festival, key to the Yom Kippur liturgy. There we learn that God extends hesed (Divine loving-kindness) la’alafim, to the thousandth generation (as AJWS’s Brad Sugar beautifully articulates here). Yet the liturgy cuts off number 13 mid-attribute, as if squeamish about the verse’s concluding karmic message: God “does not wipe injustice clean; rather God visits the actions of parents onto children and grandchildren, to the third and fourth generation.”

Again, four generations is also the lifespan of atmospheric carbon. God’s final attribute, which seems so unfair in a personal moral context, simply reflects reality when we think of these reverberations communally, socially, and ecologically.

One way to take this long view is to support local efforts to combat climate change in the Global South. AJWS works in many of the countries most affected by climate change, supporting local Indigenous and rural organizations implementing their own adaptation methods. In El Salvador, for example, AJWS grantee La Unidad Ecológica Salvadoreña (UNES) is protecting endangered mangrove forests from water intensive sugar cane cultivation. Mangroves anchor a rich coastal ecosystem, trap carbon emissions, and serve as vital buffers against rising seawaters and storms fueled by climate change. Thanks to education and support from UNES, rural Salvadoran communities are coming together to replant and replenish mangroves, and to patrol these areas from intruders—ensuring that this delicate ecosystem is preserved for their children, and for ours.

L’dor vador, from generation to generation. Let us always link sustainability and justice as one, and leave behind a better world.

Rabbi Fred Scherlinder Dobb has served Adat Shalom Reconstructionist Congregation—a thriving, progressive community and an EPA Energy Star congregation—in Bethesda, Maryland for over two decades. Fred currently serves as Chair of the national Coalition on the Environment and Jewish Life, and is on the boards of both the National Religious Partnership for the Environment and Interfaith Power and Light (The Regeneration Project). He is a Past President of the Washington Board of Rabbis. Ordained in 1997 from Philadelphia’s Reconstructionist Rabbinical College, Fred is a graduate of Brandeis University and a Wexner Graduate Fellow, with a Doctorate of Ministry from Wesley Theological Seminary. He writes and teaches widely on eco-Judaism, and contributes regularly to Moment Magazine, among other publications. 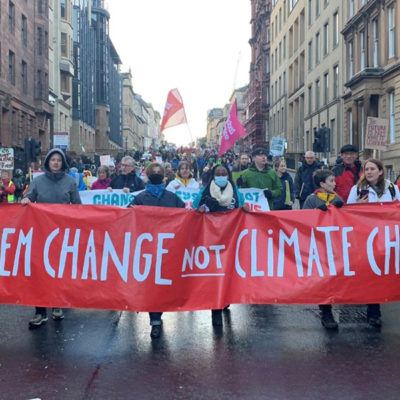